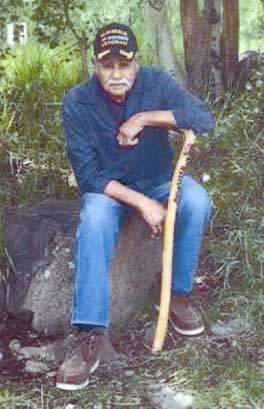 Ismael attended schools in Morenci, graduating from Morenci High School in 1950. After graduation, he enlisted in the United States Army on March 2, 1951, serving in Korea and earning the rank of corporal. He served with the Alpha Company 1st Battalion, 32nd Infantry Regiment, and the 7th Infantry Division earning his Korean service medal with one bronze service star, his UN service medal, and his combat infantry badge. Ismael was honorably discharged Dec. 1, 1952.

On July 2, 1951, Ismael married the love of his life, Frances Chavarria, at the Sacred Heart Catholic Church in Clifton. The couple was blessed with seven children: Elia, Toby, Anthony, Paul, Mary Ann, Trish and Peter.

He was a loving, humble, caring, respectful man who was always putting others first. He had a great sense of humor and enjoyed giving people unusual nicknames. Ismael was a member of the American Legion Lloyd C. Hill Post 28 in Clifton, a member of the Greenlee County Historical Society, the Clifton Social Club, Knights of Columbus and a Boy Scout Leader of Troop #35 in Morenci.

He is preceded in death by: his beloved wife, Frances; his parents, Dario and Fortunata Ortega; his son; his sisters; his brothers; his grandson; and his great-grandson.

A visitation will be held Saturday, June 6, 2020, beginning at 8 a.m., followed by the recitation of the rosary with the memorial Mass starting at 10 a.m. at the Sacred Heart Catholic Church. Interment will be in the Sacred Heart Cemetery following services.