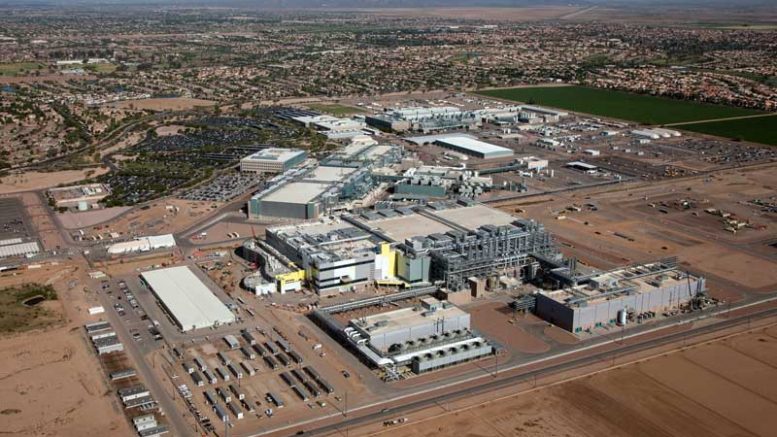 Contributed Photo/Courtesy Intel: The Intel Corporation announced plans to invest more than $7 billion to complete Fab 42, a microchip manufacturing plant in Chandler. The plant is expected to be the most advanced semiconductor factory in the world.

WASHINGTON, D.C. – Intel CEO Brian Krzanich met with President Donald Trump at the White House on Wednesday and announced plans for the long-delayed completion of a high-tech factory in Chandler. In a press release Tuesday, Intel said that by investing an additional $7 billion, they expect the factory, called Fab 42, to create 3,000 Intel jobs for engineers and technicians, with up to 10,000 additional jobs created by surrounding industries to support the factory.

The facility was built from 2011-2013, but was mothballed in 2014. Fab 42 was planned to produce then cutting-edge semiconductor computer chips measuring 14 nanometers, but Intel says the updated facility will produce chips half that size. In an email to Intel employees, Krzanich noted, “The seven nanometer chips that we’re targeting for this factory — the smallest, most powerful and efficient ever — will power state-of-the-art computers, data centers and other high-tech devices.”

In remarks released by the White House, Krzanich said reopening the factory was motivated by Trump’s new regulations and tax policies. Trump stated, “(It’s a) great thing for Arizona; unbelievable company and product, and we’re very happy.  And I can tell you the people of Arizona are very happy.  It’s a lot of jobs.”

Intel originally announced plans for the facility in 2011. The day after the 2012 State of the Union Address, on Jan. 25, 2012, President Obama visited the construction site of Fab 42. At the time, Obama stated, “I’m here because the factory that’s being built behind me is an example of an America that is within our reach; an America that attracts the next generation of good manufacturing jobs; an America where we build stuff and make stuff and sell stuff all over the world.” 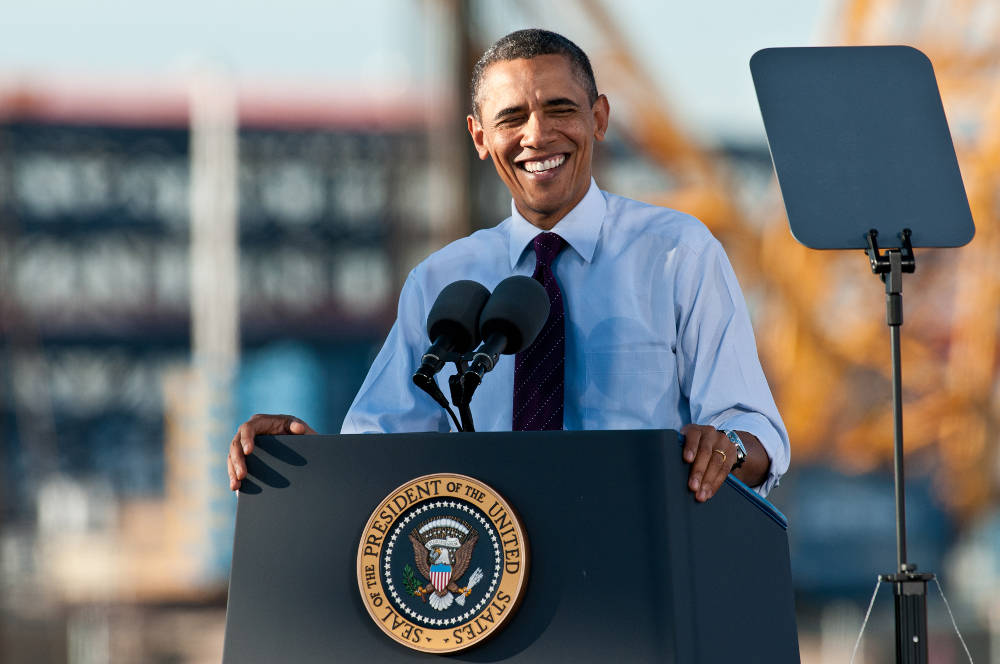 Obama said he thought the United States was recovering from the economic recession, and for that to continue, unity between employees and large businesses would be critical. The facility was completed in 2013.

However, in January 2014, the Arizona Republic reported that Intel planned to mothball the $5.2 billion facility indefinitely, reflecting financial hard times for Intel.

When the project was announced, Intel was experiencing substantial revenue growth. Intel’s revenue for 2011 was $54 billion, substantially higher than its 2010 earnings of $43.6 billion.

The City of Chandler’s website (chandleraz.gov) reported that in November 2016, Intel was already the largest employer in the city, with 11,000 jobs. Other similar employers in Chandler include Microchip Technology, with 1,625 employees, and NXP Semiconductors, with 1,400 employees. Chandler also reports that 70 percent of its adult residents have attended college, making for a well educated workforce.

Intel says they expect renovation of the facility to be completed in another three to four years.