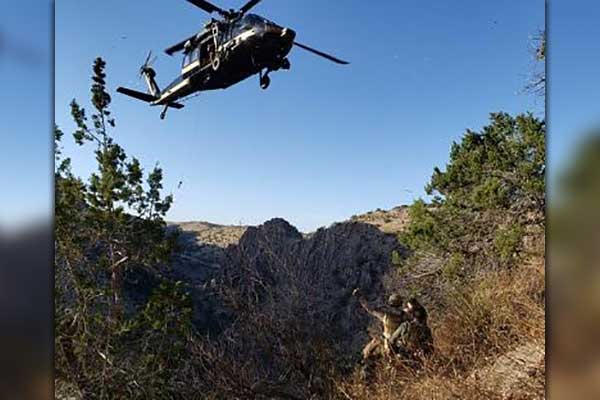 During the arrest, an agent fell nearly 15 feet and sustained injuries to his head and extremities.

A CBP Air and Marine Operations helicopter was sent to the scene to extract the agent using a hoist. Agents stabilized the injured agent and transferred him to an awaiting air ambulance for transport to a local hospital.

Agents seized the drugs and transported the aliens to the Nogales Station for processing. The injured agent was treated and later released.