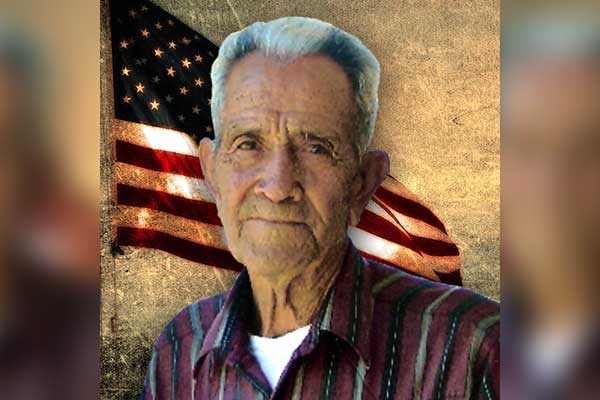 Ignacio Ornelas Garrobo or “Nacho” as he was known by all throughout his lifetime, a resident of Thatcher and a United States Army World War II veteran, peacefully entered into eternal rest Thursday evening, July 18, 2019, at his residence, with his children at his bedside. Nacho was 93.

A Mass of Christian Burial for Nacho was celebrated Wednesday morning, July 24, 2019, at 10:30 a.m., at St. Rose of Lima Catholic Church by Rev. Nicodemus Shaghel. Committal, with military honors conferred by the Gila Valley Veterans Honor Guard, followed in the Thatcher Cemetery.

A Rosary and prayers were prayed Wednesday morning, July 24, 2019, at 9:30 a.m., at St. Rose of Lima Catholic Church led by Deacon Carl Vessels.