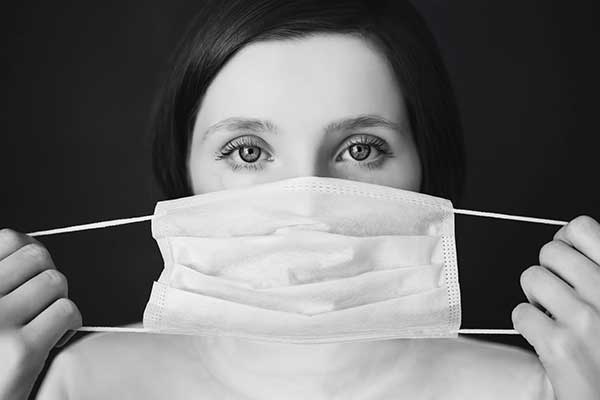 PHOENIX (September 8, 2021) – A newly released statewide survey demonstrates that an overwhelming number of Arizona voters oppose the law passed by the Arizona State Legislature that made it illegal for local school districts and charter schools to mandate wearing masks.  A sizable 59.0% of likely voters oppose the anti-mask mandate compared to 37.5% of voters who support it.

The law, which was slipped in as part of the state budget, is currently being challenged in Maricopa County Superior Court by the Arizona School Boards Association (ASBA), Arizona Education Association and Arizona Schools Administrators.

“ASBA is pleased to be part of a coalition of education and children’s advocacy organizations, as well as many impacted individuals, in challenging the anti-mask mandate law.  Not only do we believe that the law is on our side, but clearly the electorate is with us as well,” said Ann O’Brien, ASBA President and a member of the Deer Valley Unified School District governing board, “ASBA stands for local control.  As we have said all along, we do not want to mandate masks for all Arizona school districts.  We simply want those districts and their locally elected school board to be able to decide what’s best for their students and staff.  This law limits choice and is wrong for Arizona – and the voters agree with us.”

Likely Democratic voters overwhelmingly oppose the law (88.2%) and nearly two-thirds of Independent and unaffiliated voters (65.6%) are opposed as well.  On the other hand, Republicans are nearly two to one in favor with 62.5% support compared to 31.5% opposed.

“As we have seen with other polling on other issues such as the flat tax, the Republicans are alone on an island,” said Paul Bentz, the pollster from HighGround who conducted the study, “Once again, it plays well with their base constituency, but it continues to push them further from other constituencies like independent and unaffiliated voters.  Republicans might struggle in the 2022 General Election if issues such as wearing masks continue to dominate the political discussion.”

Three weeks ago, a judge ruled that Phoenix Union High School District did not violate state law by requiring masks in all their facilities because the effective date of the state ban on masking does not take effect until Sept. 29, 2021.  The legality of the ban after Sept. 29 has not yet been decided. The Arizona School Boards Association, Arizona Education Association and a group of others are challenging the ban in court to ensure districts have the power to make decisions about masking locally after that date.

While the law is still being decided by the courts, Governor Doug Ducey announced earlier last month that he was setting aside $163 million in grant funding (available through the federal American Rescue Plan) to schools who were “following all state laws.”  This definition of following the law includes opting to not enforce a mask mandate.

“This announcement of a so-called ‘gap’ funding program as well as the unexpected announcement on the same day related to school choice both contained elements clearly aimed at districts attempting to do what is right for their students and community,” said Dr. Sheila Harrison-Williams, Executive Direction of Arizona School Boards Association, “Voters saw through the unfair and punitive tactics and nearly 62% opposed his efforts to use relief money to get schools to abandon what they and their communities believe is right.”

Opposition crept even higher among Democratic voters (92.6% opposed) and unaffiliated voters (69.1% opposed).  On the contrary, support among Republicans increased slightly to 64.9% in support and 32.1% in opposition to the announcement.

Chris Kotterman, Director of Governmental Relations, concluded, “From the beginning, it was apparent that the Legislature and the Governor are on the wrong side of this mask mandate issue.  They could have supported local control and allowed the districts to make the choice for themselves.  Instead, they chose a big government mandate that not only is opposed by a solid majority of the electorate, but they did it in a way that will likely be shot down by the courts.  Voters understand that student health and safety matters a lot more than some last-minute budget dealings and partisan politics.”

The N=400 survey was conducted among likely voters August 30 through 31. The poll surveyed likely Arizona 2022 General Election voters who have a history of electoral participation and was balanced to model the likely turnout of voters across party, age, region, and gender.  The sample was provided from the internal voter database maintained by HighGround Public Affairs.

The live interview survey of voters was conducted by HighGround Public Affairs to both landline and cell phone users.  The questions regarding the anti-mask mandate were funded by Arizona School Boards Association as part of a statewide survey that tested other policy issues.

The partisan advantage was set at +8% GOP based on previous midterm election trends, including the uptick in Democratic participation in past two election cycles combined with expected increase in enthusiasm among Republicans in the Gubernatorial Election.  The margin of error is ±4.9%.  For more information regarding the study, contact Paul Bentz at 602-528-3684.

The HighGround team has built a reputation of reliable and accurate polling over the past dozen years – our research has been featured on Nate Silver’s 538, Real Clear Politics, Huffington Post, and many other publications.  Paul Bentz has been named back-to-back-to-back winner of “Best Pollster” by the Arizona Capitol Times.