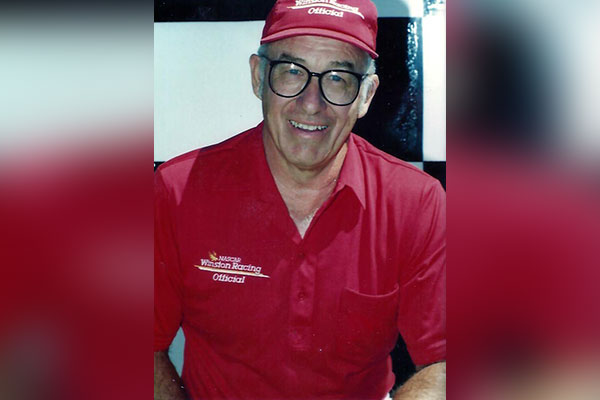 Howard Raymond Nafzger said his final goodbyes on December 29, 2019 and joined his wife and youngest son in Heaven.

Howard was born on Jan. 10, 1933 in Westerville, Oh; the son of Harold and Pauline and brother of Betty Jean.  As a young man and a member of the Greatest Generation, he attended Ohio State University.  At the age of 20, Howard answered his country’s call by enlisting in the Air Force during the Korean War as a Staff Sergeant.  That same year, he married his hometown sweetheart Florence Young.

After his honorable discharge, Howard and Florence had their first son Keith. It was there that Howard took a position as an engineer for IBM.  They later transferred to Albuquerque, NM where they had their 2nd son Wade. After being transferred to Tucson, AZ Howard got to jump back into his second love, family and all things racing.

While raising his family, in his garage, Howard quietly built a Streamliner he hoped to race at Bonneville.  Not only did he build it, but he broke the FIA land speed record for his engine class. Howard also loved the outdoors and spent many years hunting, fishing and riding motorcycles. After retiring, Howard and Florence moved to Pearce, AZ. where he became the regular Flagman for Tucson Raceway Park.

Howard will always be remembered for his honesty, integrity, love of family and his humorous quips.  He is pre-deceased by his wife and youngest son (Wade) and survived by his eldest son (Keith).

In lieu of flowers, donations to Tucson Raceway Park in his memory are welcome.

No services to be held.