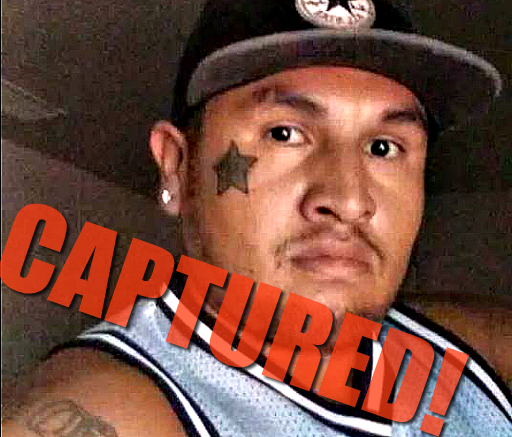 SAN CARLOS – A man wanted for a murder on the San Carlos Apache Reservation has been captured.

Clement James Dosela, 27, of San Carlos was apprehended early Wednesday afternoon in San Carlos. Dosela was wanted for questioning regarding a homicide and aggravated assault of a second victim that occurred slightly after 7 p.m., Monday, in the Beverly Hills community of the San Carlos Apache Reservation west of San Carlos near the Globe city limits.

San Carlos Police Chief Alejandro Benally said it was a team effort by his officers and detectives working with federal agents of the Bureau of Indian Affairs (BIA) that led to Dosela’s swift capture. He said the tenacious investigation work by his detectives and those with the BIA eventually led them to a residence in San Carlos where Dosela was hiding. Another man, Enoch Kinney, was arrested in the operation and charged with aiding and abetting the fugitive.

“It’s a big sigh of relief, not only for our people in the community but also for the victims and their family,” Benally said.

The victims, both men, were allegedly stabbed by Dosela. The investigation into why the altercation took place is ongoing and Dosela’s motivation is not yet known, according to Benally.

While the first victim was pronounced deceased, the second victim was transported to a Globe hospital and then to a hospital in Chandler. He was reportedly set to be released from the hospital late Wednesday night.

SCPD officers transported Dosela to the San Carlos Apache Adult/Juvenile Rehabilitation Center, where he was booked on two counts of aggravated assault. Chief Benally said a murder charge was pending from federal court.

The United States Department of Justice has jurisdiction over murder cases committed by American Indians on tribal land, and the prosecution of Dosela will be done by the office of the United States Attorney for the District of Arizona.

Homicide suspect on the lam