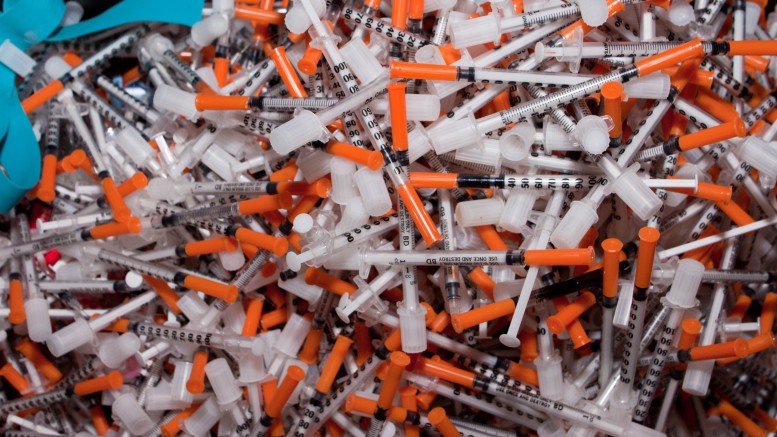 Yem Chhrin faces up to life in prison if found guilty of murder, intentionally spreading HIV — the virus that causes AIDS — and practicing medicine without a license, his lawyer, Em Sovann, said by telephone.

Yem Chhrin’s trial in a provincial court in Battambang town will last five days. He was arrested last December and taken into protective custody, fearing revenge lynching by residents of Roka village, where at least 106 of the 800 people tested were found to be infected with HIV, or human immunodeficiency virus. Those infected range in age from 3 to 82, and include Buddhist monks.

Of those infected, at least 10 are reported to have died. Local newspapers have put the number of infected at 300.

Cambodia, one of the poorest countries in the world, has inadequate health care facilities, especially in rural areas, where villagers often have no recourse but to depend on unlicensed medical practitioners who have trained themselves to treat minor ailments and to give injections.

Yem Chhrin, 53, was one such practitioner. Some villagers said he had a good reputation for his years of dedicated service to the village by providing treatment even though he lacked formal training or certification.

“Whether it was day or night, whether the patient had money to pay for the treatment or not, Yem Chhrin treated them regardless. I think he was a good neighbor,” said Chay Savorn, a 60-year-old woman who received treatment from him and was later found to be HIV positive.

She said she decided not to join the police complaint by 120 people against Yem Chhrin, even though four other people in her family have been infected with HIV — her daughter, her mother, a 3-year-old granddaughter and a 57-year-old sibling.

Chay Savorn said doctors have told her that she can live for another 20 years if she uses proper medicines.

Em Sovann, the lawyer, said his client has acknowledged reusing syringes for treatment of patients. But he “has repeatedly said before the police and court officials during pre-trial detention that he had no intention to transmit the deadly virus to any of his patients,” Em Sovann said.

He said he will try to get the first two charges — murder and intentionally spreading HIV — dropped by the court.

Yem Chhrin’s wife, Nhoum Chenda, also urged the court to drop all charges against her husband, saying he never believed that the villagers were infected because of his actions.

“The HIV virus transmitted to those villagers must be from … something else that we don’t know about right now,” she said by phone.

She added that since her husband’s arrest, she also had to flee to another province, fearing that angry villagers would kill her.

Cambodia had a high HIV prevalence rate of 2.0 percent in 1998, but an aggressive campaign to promote safe sex brought the figure down to an estimated 0.7 percent last year, according to the U.N. agency that spearheads the worldwide fight against AIDS.