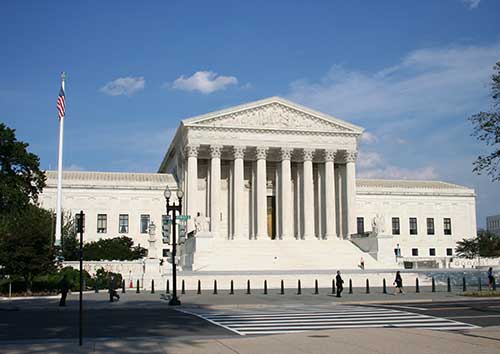 WASHINGTON (AP) — The Supreme Court ruled Monday that Alabama’s top court went too far when it tried to upend a lesbian mother’s adoption of her partner’s children.

The justices threw out a ruling by the Alabama Supreme Court in a dispute between two women whose long-term relationship ended bitterly.

Before their breakup, one partner bore three children; the other formally adopted them in Georgia. The Alabama residents went to Georgia because they had been told Atlanta-area courts would be more receptive than judges in Alabama.

Alabama courts got involved when the birth mother tried to prevent her former partner from regular visits with the children.

The Alabama Supreme Court sided with the birth mother in refusing to recognize the other woman as a parent and declaring the adoption invalid under Georgia law.

In December, the U.S. Supreme Court temporarily set aside the Alabama decision as the justices decided whether to hear the woman’s appeal. The issue was whether the actions of one state’s courts must be respected by another’s.

On Monday, the justices said in an unsigned opinion that “the Alabama Supreme Court erred in refusing to grant that judgment full faith and credit.”