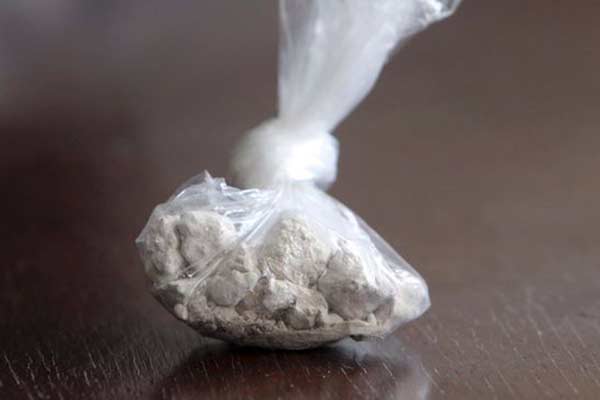 SAFFORD – Last Thursday, authorities arrived to the 2600 block of 20th Avenue in reference to a reported motor vehicle accident. As the officer arrived, a vehicle could be seen in a field that was wrecked and had items from the vehicle on the ground surrounding it. Lifeline was at the scene getting ready to transport the driver to the hospital when a detective was asked if he had seen a cell phone. When the detective looked in the vehicle, a baggie next to the center console was found with small chunks of a brown substance inside. The cell phone was retrieved and given to Lifeline before transporting the female driver to the hospital.

An officer went to the hospital to speak with the driver, and told her some heroin was found in her vehicle and asked who it belonged to. At first the driver said it was not hers, but then stated it was hers and her boyfriend’s. She said that she was the user and he was the seller. She stated she would take responsibility because it was in her vehicle, however, she would not consent to a blood draw stating, “no, it hasn’t been long enough. I doubt it’s out of my system.” The officer explained that she would loose her license for a year, but again the driver said “no.”

A short time later the officer was informed by the ER doctor that the driver refused a blood draw from them and all other medical help. The officer went to speak with the woman and explained to her that she had already totaled her vehicle, lost her license for a year, and is being charged with possession of heroin, but because the officer didn’t want to hinder the woman’s medical treatment, a warrant for the blood draw would not be sought. The woman told the officer she would let the hospital treat her. The drugs recovered from the vehicle were placed into evidence.