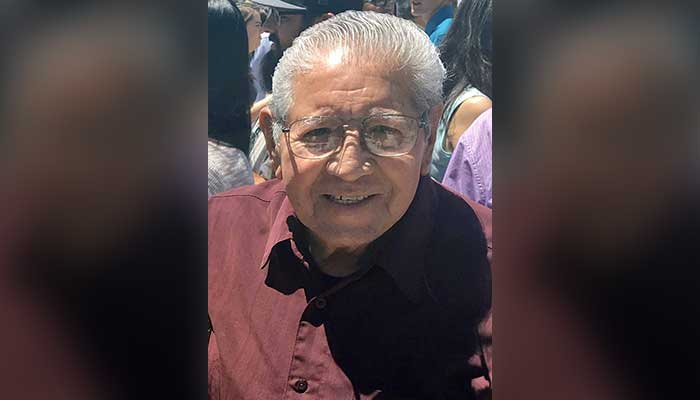 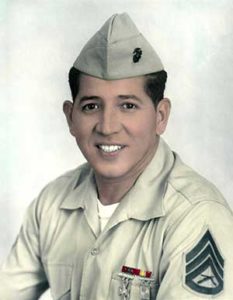 Herman had a large family that consist of siblings; Herminia (his twin sister), Raymond, Manuel, Mary & Tony and step-siblings; Edmund, Lillian, Josie, Martha, & Rosendo.  He went to school in Clifton and graduated from Clifton High School after which he enlisted in the United States Marine Corp where he would spend the next 20 years in the service of our country. While serving, he received several awards and recognitions such as certificates of Good Conduct, Recognition of High Endeavor and Superior Accomplishments and he later became a Master Sargent.

Two years after enlisting, he married his high school sweetheart, Marcella Cisneros in Clifton, AZ then took his new wife back to California while still serving in the Marines. The family grew with each new addition; Herman Jr., Victor and Gina and they loved to spend time together doing the things that Herman loved; fishing, vacations, watching all of his children’s, grandchildren’s and great-grandchildren’s sporting events all year round and especially each one of their marriages.

After retiring he returned to Safford where attended Eastern Arizona College graduating with Honors.  In his free time, he was a member of the American Legion, the Beneficio Propio, the Marine Corp League, the Gila Valley Honor Guard, the Knights of Columbus in California, the Commander and Quarter Master of the Thatcher VFW and became the Bingo manager.

Herman was a very generous man who was very courageous but stubborn.  Some of his favorite sayings were “I’m gonna see my exe’s in Texas” and “Vamos, vamos!”

He is preceded in death by his parents, Rosendo & Lupe, his brothers Raymond & Manuel, step-brother Rosendo, and sisters Mary and Tony.

Services for Herman will be held on Friday, June 8th at the St. Rose of Lima Church beginning with a viewing at 8:00 a.m. followed by the recitation of the Rosary by Deacon Carlos Vessels at 9:00 a.m. and the Mass of Christian Burial at 10:00 a.m. with Father Robert Rodriguez as Celebrant.  Interment will follow services at the Graham Cemetery with military honors by the Gila Valley Honor Guard.