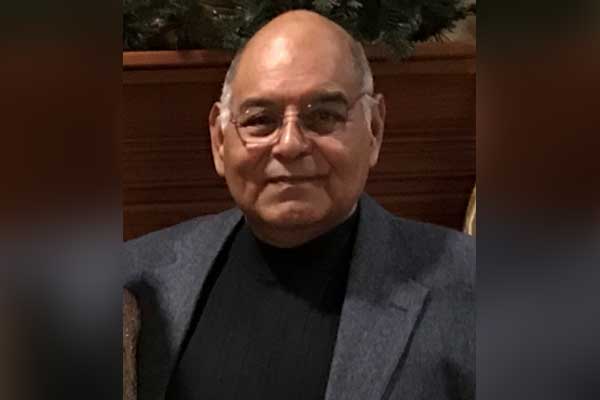 Henry P. Estrada passed away on January 26, 2021 surrounded by his loving family at home at the age of 66 years.  Henry was born on May 20, 1954 in Thatcher, AZ to parents, Henry & Librada (Libby) Estrada along with his siblings: Gloria, Danny, Kathy, Victor, Art, Rudy and Patsy.

Henry graduated from Safford High School in 1972, where he lettered in baseball. He went to EAC, majoring in auto mechanics. In 1975 he married Kathy Angle and together they had three beautiful children; Laura, Jennifer, and John Henry.

He started in the construction field early on working building highways with the powder crew. In 1980 he started driving trucks cross country with his father-in-law, Melvin Angle (Angle’s Trucking). In the middle of this he became an electrician working with Rocking D Elec. In 1995 he was offered an opportunity to travel overseas and work on the first demil at Johnston Chemical Agent Disposal System until it was completed in 2002. He then continued in this field and served as Superintendent at Umatilla Army Depot, Hermiston, OR until all mustard gas was destroyed. In 2013 he took his last assignment in Richmond KY at the Blue Grass Army Depot.  In March of 2019 he suffered a massive stroke. He moved back to Kennewick, WA, to be with his kids and grandkids.  He has always been an avid hunter following in his father’s footsteps. He is now hunting on his favorite mountain chasing the white tails that got away.

Along with his wife of 46 years he is survived by his children: Laura Sloan (Brian Carman), Jennifer Nelson (Jason) and John. His son-in-law: Steve Sloan and daughter-in-law: Jessica Anderson. Shirley & Loy Evans, his mother & father-in-law. His lovely grandchildren: Brooke & Brittany Sloan, Maylee Estrada and Cameron and Jordan Nelson as well as numerous nieces and nephews who loved their Uncle Hippo and his favorite cat who has traveled with him, Sister.

He was preceded in death by his father Henry, mother Libby, his brother Danny and his sister Patsy.

A private celebration of his life will be held at a later date.

Arrangements are under the direction of McDougal’s Caldwell Funeral Chapel & Gila Valley Crematory.  Online condlences may be extended at www.caldwellfuneralchapel.com.