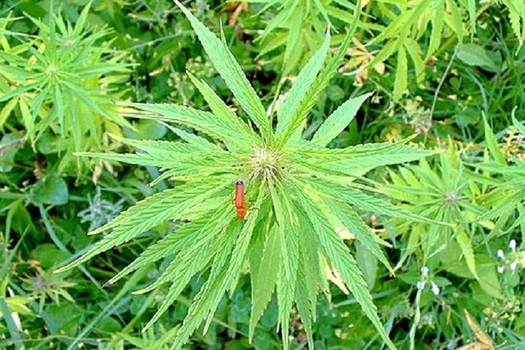 Ariz. – Arizona cotton farmers, who soon may be looking for crops that use less water, could switch to industrial hemp.

The hemp plant is a relative of marijuana, and both Arizona and the federal government recently passed laws allowing the commercial growing, interstate sale and processing of the now-legal plant.

Hemp is used to manufacture clothes, shoes and ropes, as well as biofuels, medicines and more.

Chelsea McGuire, director of government relations for the Arizona Farm Bureau, says hemp, unlike its hallucinogenic cousin, contains almost none of the chemical THC, which produces the high in marijuana.

“If the level of THC, which is the mind-altering chemical in marijuana, if that’s higher than 0 .03, then it’s not hemp, it’s marijuana,” she explains. “If it’s lower than that, then it is hemp. So that’s how you tell the difference between the two.”

State agricultural officials say that due to a decade of drought, Arizona farmers’ annual water allotments could be reduced, making it harder to grow crops such as cotton.

McGuire says hemp uses about one-third the amount of the water it takes to grow cotton, and a short cultivation cycle would allow most farms two or more crops per year.

She says, pending final regulatory approval, the first Arizona hemp crop will likely go in the ground in May.

McGuire says the two plants look almost identical and only a chemical test can tell them apart.

She adds that before the 2018 Farm Bill, hemp carried the same legal restrictions as marijuana.

McGuire says it may take a while for some people to get over the stigma of products made from hemp, but there is a ready market for its fibers and oils.

“There’s no stigma to other fiber crops like cotton because we’re familiar with them, we use them, we wear them every day,” she states. “So, the more mainstream hemp becomes, I think the less and less that stigma becomes an issue.”

Medical use of marijuana is legal in Arizona, but recreational use is still banned.

Hemp growers will be licensed and regulated by state officials, who plan to test crops frequently for their THC content.