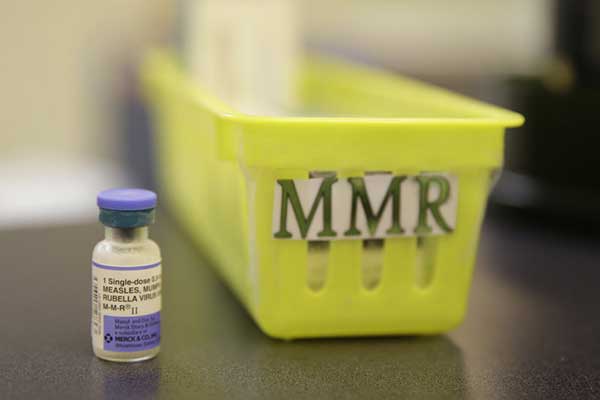 Health officials warn that the outbreak of measles that has hit parts of the Pacific Northwest has infected more than 50 people could make its way to Arizona.

A vaccination can mean the difference between life and death when it comes to measles.  Measles can be a serious in all age groups. However, children younger than 5 years of age and adults older than 20 years of age are more likely to suffer from measles complications.

Some people may suffer from severe complications, such as pneumonia (infection of the lungs) and encephalitis (swelling of the brain). They may need to be hospitalized and could die.

Measles may cause pregnant woman to give birth prematurely, or have a low-birth-weight baby.

The dangerous disease was actually eliminated in the U.S. thanks to vaccinations back in 2000. According to the Centers for Disease Control and Prevention, un-immunized travelers brought it back. Arizona Department of Health Services (ADHS) Director, Cara Christ, says that it is highly contagious.

The latest example of this is taking place in Washington State, where their CDC has confirmed 52-cases of measles as of Thursday afternoon.

ADHS strongly supports vaccination as the primary prevention method for a large number of diseases. Vaccines are one of the most important public health advances of our time, preventing unnecessary illness, hospitalization and even death from many diseases that were once commonplace.

According to ADHS the majority of parents in Arizona vaccinate their children, but vaccine coverage is eroding. In the 2017-2018 school year, 5.4% of kindergartners and 6th graders were missing one or more vaccinations. This puts those children, and those around them who can’t be vaccinated due to age or medical conditions, at significant risk of illness from vaccine-preventable diseases like measles, whooping cough, and mumps.

Vaccines are safe and effective and support healthy Arizona children, families, and communities. ADHS recommends that all Arizona children are fully vaccinated on schedule.