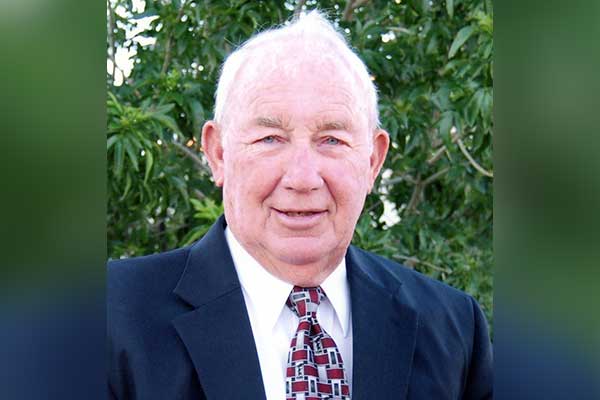 Guy Wendell Scott, a longtime resident of Safford and a United States Army Korean War veteran, entered into eternal life Wednesday morning, October 21, 2020, at his residence, with his children and grandchildren at his side. Guy was 86.

Guy was born the son of Joseph and Mary Scott in Pomerene, Arizona on November 15, 1933. He was the last surviving of twelve children of his family. He graduated from Benson High School. Later, he attended Arizona State College and earned a degree in agriculture. He worked as a clerk in the army in the Korean Conflict.

After his service, he was set up on a blind date at Eastern Arizona College and met Glenna Mae Hardy, who became the love of his life. They married on April 10, 1958 in the Mesa Arizona Temple for time and all eternity. Guy was a lifelong member of the Church of Jesus Christ of Latter-day Saints.

He was known to most everyone as a hardworking, dependable man. He worked as loan officer at Valley National bank, was a hog farmer and later became a real estate appraiser until he retired in 1996. He loved gardening, solar, woodworking, scouting, family history and was a lifelong member of the Lions Club.

He and Glenna served as missionaries for the church in Independence, Missouri at the historical church sites. He also served in many other callings such as a temple worker, the bishopric, Sunday school, young men’s, and was a stake dance instructor.

He was a loving father to his own five children; Brian Scott (Karen), Cheryl Christensen (Cal), Brenda Ferrin (Kevin), Bret Scott (Tracie) and Shellie Carter (Nick). He was also a Papa, and proud to be one, to 16 grandchildren and 24 great-grandchildren.

He was preceded in death by: his wife, Glenna; his parents, Mary and Joseph; and his 11 brothers and sisters. Guy was so loved by so many and will be missed deeply.

Funeral services for Guy will be conducted Monday, October 26, 2020, at 2:00 p.m., at the Mount Graham Chapel of the Church of Jesus Christ of Latter-day Saints by Bishop Mike Fox of the Safford 7th Ward. Concluding services will follow in the Safford Cemetery.