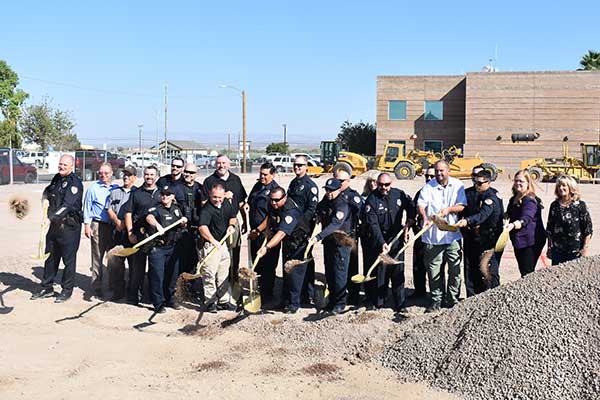 Chief Orr said efforts to build a new police facility has been going on for more than 15 years. Safford Mayor, Jason Kouts, said that the new $2.7 million, 6,000 square foot facility is being built without raising taxes. The mayor thanked the Safford City Council for making the dream of a new police facility a reality.

The new facility will be built next to the current police department where the old Graham County Sheriff’s Office was.