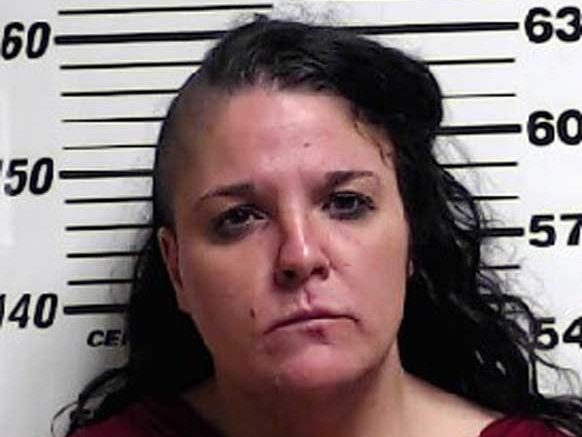 Contributed Photo/Courtesy Gulfport Police Department: Miranda Maloney was arrested in Mississippi. She is wanted in Phoenix for a string of bank robberies in Arizona.

Is suspected of multiple bank robberies in Arizona

PHOENIX – On Dec. 23, 2017, officers from the Gulfport, Mississippi Police Department, along with FBI agents, arrested Miranda Marie Maloney, 33, who is believed to be the “Grimace Bandit”.

At approximately 3:55 a.m., the Gulfport Police Department arrested Maloney for being a fugitive from justice. Maloney was arrested after Gulfport Police Patrol units responded to a report of panhandling near the 2800 block of 25th Avenue. Officers contacted Maloney and while verifying her information discovered that she was wanted out of Phoenix for bank robbery. Gulfport Detectives responded along with FBI Agents who assisted with the fugitive arrest of Maloney. Maloney is also suspected of other bank robberies in Alabama and Lousiana.

The “Grimace Bandit” earned the nickname because the suspect wore a purple shirt and a purple scarf during some of the robberies.

No one was physically injured during the bank robberies.

Department. As always, we would like to thank the media and the public for their assistance with this case.

Maloney has been charged in a criminal complaint, filed in federal court. A complaint is only an accusation, and a defendant is presumed innocent until proven guilty. Related court documents and information may be found on the website of the District Court for Arizona at http://www.azd.uscourts.gov/ or on PACER https://www.pacer.gov/.