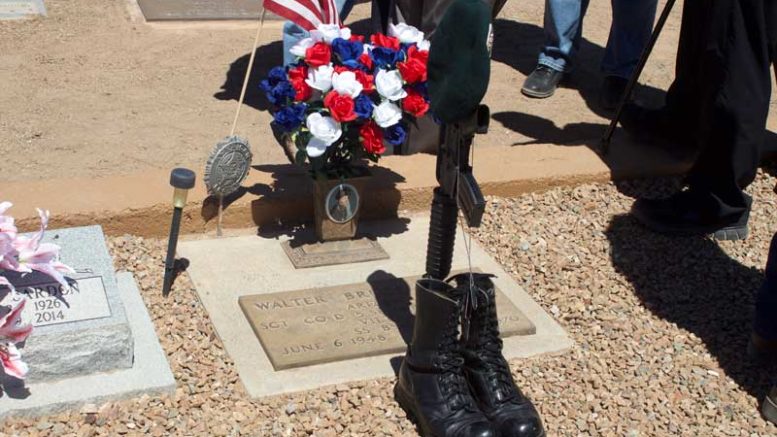 Jon Johnson Photo/Gila Valley Central: The battlefield cross with bayonet in the ground symbolizing the soldier went down fighting was placed at Sgt. Walter Bruce Foote's graveside as part of a memorial service for him Saturday. The annual event is hosted by the Arizona Special Forces Association Chapter XXII.

GRAHAM COUNTY – In a 30-year-old annual tradition, the Arizona Special Forces Association Chapter XXII gathered at the graveside of Sgt. Walter Bruce Foote at Rest Haven Memorial Gardens on Saturday to remember the fallen Army Sergeant and honor his service. 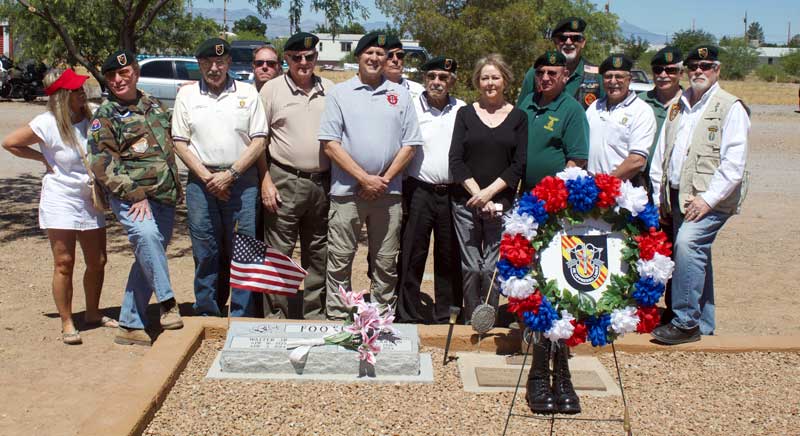 Sgt. Foote’s sister, Diane Layton, was in attendance at the event along with the Gila Valley Honor Guard. Layton expressed her appreciativeness of the group for continuing the memorial every year.

“I think its just so great for us to remember the sacrifices that have been made, and I love it (that) they include all the military soldiers,” Layton said. “It’s special that they remember Bruce. They’re just great men.” 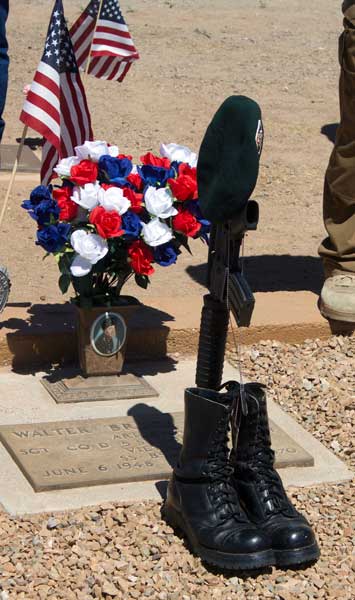 Sgt. Foote graduated from Safford High School in 1966 and was an Eagle Scout who also held his Duty to God award from the Church of Jesus Christ of Latter-day Saints. He attended the University of Arizona before Vietnam and a sense of duty came calling.

He turned down an opportunity to attend Officers Candidate School and instead trained to become a Green Beret. He graduated from Special Forces Training at Ft. Bragg with honors in 1968 and went off to serve his country.

Sgt. Foote was killed in action March 6, 1970, while serving in the Mekong Delta near Moc Hoa with the A Team Detachment 413 of the 5th Special Forces Group. As an adviser to a company-sized Vietnamese force, he came upon small arms fire at a landing zone but remained in place while requesting gunship strikes. After the gunships expended their ammunition, Sgt. Foote continued suppressive fire while wounded and unable to move. Enemy combatants eventually overtook his position, and Sgt. Foote was mortally wounded.

“Even after all these years, it’s still pretty emotional,” Layton said. “It still effects your family, but this is a real positive thing . . . He was a wonderful son, a wonderful brother and an outstanding soldier.”

The Arizona Special Forces Association Chapter XXII named itself in honor of Sgt. Foote, and many members make the annual pilgrimage to remember his sacrifice. 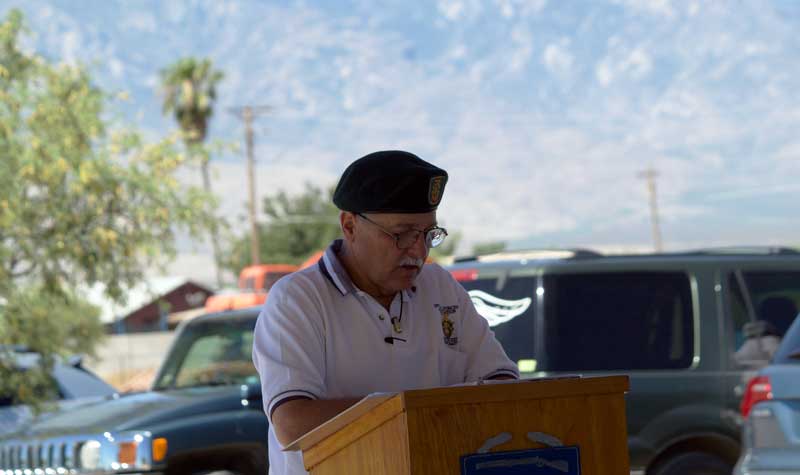 Dan Durocher, with the Special Forces Association, spoke at the event and encouraged those in attendance to look closely at the American flag that is draped over coffins in military service funerals and remember what it symbolizes.

“The red stripes attest to the blood, sweat and tears that have been given for our country and our freedom,” Durocher said. “The white stripes proclaim peace. Through our strength we preserve the gift of freedom for future generations. The blue field and stars overlooking our great nation are (a) union of states. The flag is of our fathers, our heritage and future. May we respect, cherish and honor it forever. This banner stands standard – our flag shall be consecrated not desecrated.” 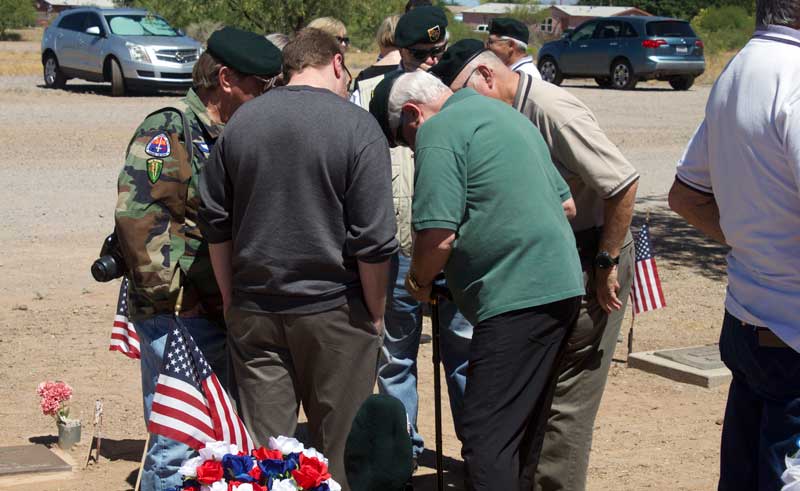 After the ceremony, Durocher described the ceremony as being an important event and was happy to take part.