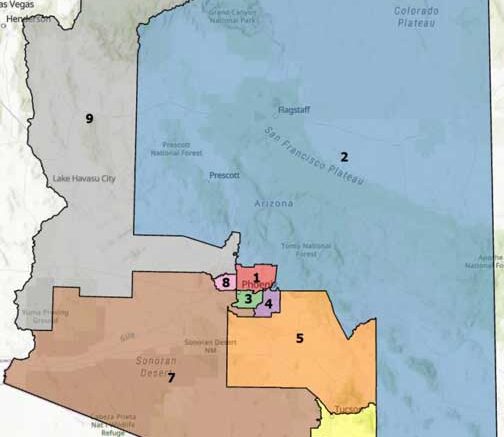 PHOENIX — The grid maps for Arizona’s congressional and legislative districts have been released and the Independent Redistricting Commission is asking for the public’s input.

To offer that input in person, however, Graham and Greenlee residents will have to do some traveling.

The closest satellite locations — where residents can offer comments to the commission during the meeting in real time via teleconferencing —will be Thursday, Sept. 23, at noon, at the Sierra Suites in Sierra Vista; and Wednesday, Sept. 29, at 4 p.m., at the Tucson Convention Center.

The grid map proposes to move Graham and Greenlee counties out of Congressional Dist. 1 into a new Dist. 2 that would grow south to include much of Cochise County. The district would continue to go north to the Four Corners area, and west to the Mohave County border, continuing to encompass Flagstaff and Coconino County, but this time adding Prescott and Yavapai County.

For the legislative district serving Graham and Greenlee counties, the commission is recommending a new Dist. 7 that would reach north to the Navajo Nation and west to include Gila County. The district would continue to include Cochise County.