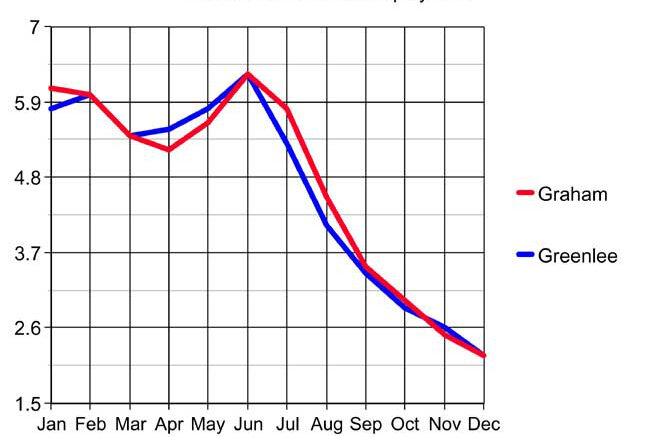 Jobless claims in both Graham and Greenlee counties were at 2.2 percent in December, according to data released Thursday by the Arizona Commerce Authority.

Graham County’s jobless rate fell three-tenths of a point from November, to match Greenlee County for the lowest unemployment in the state.

The jobless rate in Greenlee County fell four-tenths of a point from November.

Nearby Cochise County also dropped four-tenths of a point, to 2.8 percent unemployment in December.

Reporting job losses in December were: natural resources and mining (down 100 jobs); financial activities (down 700 jobs); and government (down 2,800 jobs).