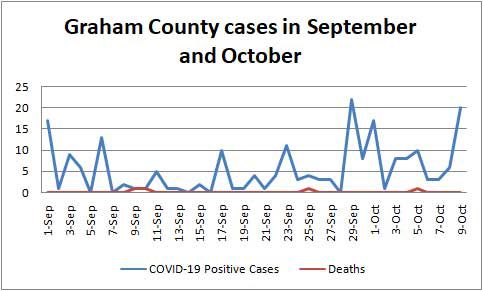 Eight of the new cases involve residents of the San Carlos Apache tribe, five each in Safford and Thatcher and two in Pima.

It’s the third time this month there were 10 or more cases in a single day and the most since 22 cases were announced Spt. 29.

Graham County’s total is at 927, with 164 of the cases considered active. There have been 26 deaths.

That brings Greenlee County’s total to 62, with four of the cases considered active. There have been two deaths.