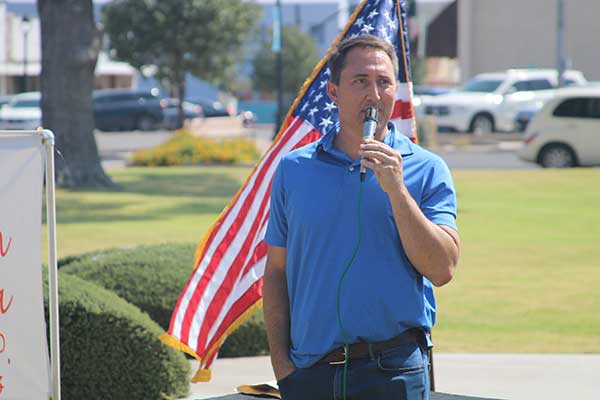 SAFFORD — Graham County voters said yes to candidates they were familiar with.

Smith was challenged by Democrat Nick Nordgran-Tellez. As of 1 p.m. Wednesday, Smith had 75.39 percent of the vote.

It was the only contested county race in the general election.

For Thatcher School Board, incumbents Kate McCluskey (20.28 percent) and Kenny Smith (19.81 percent) appear to have locked down two of the three seats up for election. The third seat is currently separated by less than a point, with Debbie Chapman at 17.92 percent and David Udall at 17.30 percent.

Voters appear to be saying, “no” to the two financial questions concerning local schools.

Graham County Election officials said that as of Wednesday, there were 268 provisional ballots to be counted, and that would most likely occur Thursday.

Graham County had a 71 percent voter turnout, with 14,103 ballots cast.

On the state House side, Republican incumbents Gail Griffin and Becky Nutt were leading with 31.89 percent and 32.07 percent of the vote, respectively, while Democrat Kim Beach-Moschetti had 18.81 percent.

The race for three Arizona Corporation Commission seats radically shifted from Tuesday evening, when all three Democratic candidates were leading, to Wednesday when two Republicans jumped into the leading group.

However, just one percentage point separates the third through the sixth candidates. Democrat Bill Mundell is at 16.22 percent, Republican Eric Sloan is at 16.19 percent and Shea Stanfield is at 15.81 percent.

In Graham County, voters favored the Republican candidates for all the above offices.

Democrat Mark Kelly is leading incumbent Republican Martha McSally, 52.63 percent to 47.37 percent, in the race for U.S. Senate. The election will be for the final two years of the term originally won in 2014 by the late John McCain, and the winner will have to seek re-election in 2022.

And with 99 percent of precincts in, Arizona is favoring Democratic challenger Joe Biden 51 percent to 47.64 percent over Republican incumbent President Donald Trump.  In all three of the federal races, Graham County voters favored the Republican candidates.