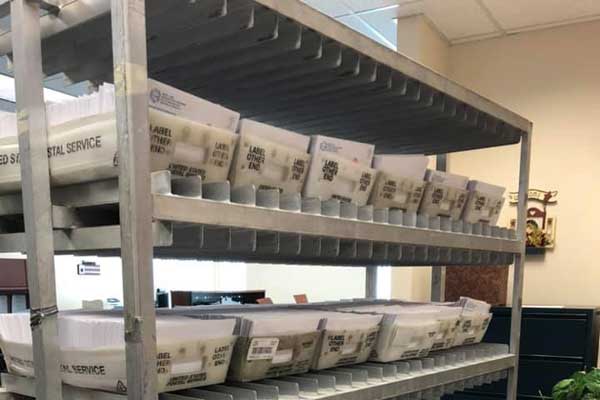 SAFFORD — While politicians at the national level debate the merits of voting by mail for this November’s general election, given the COVID-19 pandemic, Graham County voters are overwhelmingly opting to cast their ballot from home.

“It’s normal for every election we have,” said Graham County Recorder Wendy John. “It’s voters who are on the permanent early voting list, and every year that number just grows as people sign up to get their ballots by mail.”

According to the most recent update from the Arizona Secretary of State, issued in January, Graham County has 18,163 registered voters. Which means the 11,105 early ballots being mailed out represents 61 percent of all registered voters in the county.

On May 19, voters will be asked to decide whether to remove or retain Cindy Woodman, who is the current Clerk of the Graham County Courts. If voters decide to remove Woodman, they will then be asked to choose a person to fill the remaining two years of the office’s term, deciding between Woodman, Heidi Torio and Marianne Clonts.