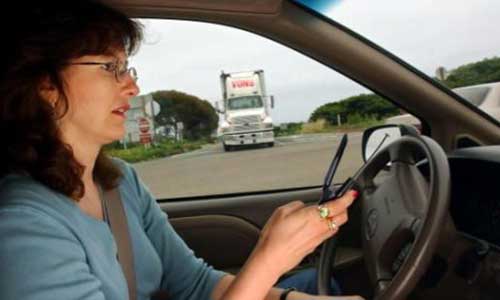 DETROIT (AP) — The government wants smartphone makers to lock out most apps when the phone is being used by someone driving a car.

Traffic deaths spiked 10.4 percent in the first six months of this year. That followed a 7.2 percent increase in 2015. The agency says 10 percent of fatal crashes last year involved distracted drivers.

Drivers could still make calls but the phones and automaker systems would lock out the ability to enter text. Internet browsing, video not related to driving, text from books and photos also would be locked out. Navigation systems would be permitted.