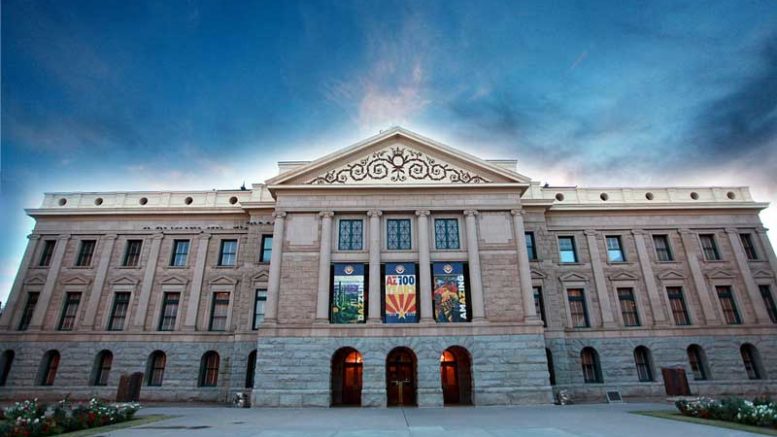 PHOENIX — During the State of the State address, Governor Doug Ducey today called for an end to legislative immunity and made it clear that no one is above the law, and certainly not elected officials.

During the speech, he said:

“I’m challenging this legislature, let’s chop the stacks and stacks of statutes down, so that the laws make sense and are relevant to the Arizona of today.

“And how about we start with eliminating the most unnecessary law of them all: legislative immunity.

In July 2018, Governor Ducey signed an executive order reforming legislative immunity and called for further action at the start of this legislative session.

Specifically, the executive order clarifies that law enforcement officers employed by the State of Arizona have the constitutional and legal authority to hold elected officials accountable when they endanger public safety with criminal violations, including speeding, reckless driving and driving under the influence.

The governor’s proposal is getting a negative reaction by some law makers. House Speaker, Rusty Bowers is against the idea. He says that the protection was put in the constitution for a reason by the voice of the people.

To be clear, the immunity clause does not mean that legislators can do whatever they want. It actually says is that lawmakers cannot be arrested during the legislative session or in the 15 days leading up to the session unless they are charged with treason, a felony or “breach of the peace.” Nothing immunizes them from being arrested and prosecuted after the session is over.

But that doesn’t stop some of them from abusing the immunity as in the case of former Arizona state House of Representative, Paul Mosley, who lost his last election. Here is a video of Mosley bragging about how fast he drives: