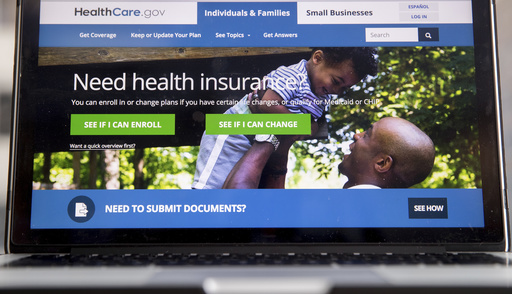 The GOP plan emerging in the House would mean less government, and many fear that will translate to less coverage and a step backward as a nation. Still, there would be new options for middle-class people who buy their own policies but don’t now qualify for help under the ACA. Some popular provisions such as allowing young adults to stay on a parental plan remain untouched.

Pocketbook alert: People with job-based coverage should keep an eye on a proposal to tax part of the value of the most generous employer plans.

House Speaker Paul Ryan, R-Wis., told Republican lawmakers at a closed meeting Thursday that leaders would work through the weekend to draft “repeal and replace” legislation. Expect the bill to change as backers move forward and encounter pushback.

The Senate is seen as a moderating influence. And President Donald Trump, who once promised “insurance for everybody,” will have to weigh the specifics of what he’s lately acknowledged is a complicated issue.

Some questions and answers:

Q: How would the GOP dial back the federal role in health care?

A: The plan would get rid of the “Obamacare” tax penalties on individuals who remain uninsured. Similar penalties on larger employers that don’t offer coverage would be scrapped as well.

Republicans would do away with a requirement that insurers cover 10 categories of “essential health benefits,” leaving such regulation to the states.

A limit on how much insurers can charge older customers would be eased. Currently older adults can be charged no more than three times what they charge young adults. The new ratio would be 5-to-1.

Medicaid, the federal-state program that currently covers more than 70 million low-income people, would cease to be an open-ended federal entitlement. Though federal funding would be limited, states would get more leeway to run their programs. A richer funding stream for adults newly covered under former President Barack Obama’s law would be eliminated.

“Medicaid is a very, very significant issue,” said Dan Mendelson, president of the consulting firm Avalere Health. “That forces states to rethink their programs in a fundamental way.”

Q: What could happen if the federal government pulls back funding and cuts down requirements for health insurers?

A: Many fear it would lead to rising numbers of uninsured, higher out-of-pocket costs as benefits get skimpier, and less affordable coverage — especially for older adults who are more prone to health problems.

For example, the nonpartisan Kaiser Family Foundation recently estimated that tax credits for health insurance in the House GOP plan would be smaller on average than what currently subsidized ACA customers are getting. (GOP credits are based on age, not income.)

The study found that lower-income people, older adults, and people living in high-cost areas would get lower subsidies. “I’m worried that this is going to result in folks losing coverage,” said John Meigs, president of the American Academy of Family Physicians.

But people with solid middle-class incomes and upper earners who currently don’t qualify for help would get assistance. Consumers could also contribute more money to tax-sheltered health savings accounts for out-of-pocket costs.

Republicans are hoping their ideas will spur insurers to offer more affordable products tailored to younger people and consumers of modest means.

Republican governors, GOP lawmakers in Congress, and the Trump administration are negotiating over Medicaid, with governors who expanded the program trying to keep more federal dollars for low-income people.

Q: What ACA provisions are Republicans going to keep?

A: Among the ACA provisions that appear to be safe are closing the Medicare prescription drug coverage gap, allowing young adults to stay on parental plans until age 26, a ban on lifetime and annual dollar limits on coverage, and maximum limits on out-of-pocket costs.

People with pre-existing health problems would be protected against being turned down. But they’d have to maintain “continuous coverage,” and a significant break could lead to a 30 percent penalty on top of their premiums, for up to a year.

A: According to a draft that leaked, the House plan would tax part of the value of the most generous employer health plans, as if it were income. Affected workers would face higher payroll and income taxes, and their employers would see their share of payroll taxes increase.

Employer groups and labor unions are going all out to kill the idea, fearing that taxation will only increase in the future.

“Lawmakers will treat the tax-favored treatment of employer-provided health insurance as another piggy bank,” said Neil Trautwein, health care policy chief for the National Retail Federation. “Frankly, we have trouble trusting them on this.”

Workers most likely to be affected include union members, certain government employees, and people who work for thriving tech companies that provide generous benefits.

A: Obama’s law could not hold down premiums, and whether the GOP can succeed remains to be seen.

As insurance rules are loosened, some consumers should be able to find more affordable coverage tailored to their own particular circumstances. For example, an older married couple might not want a plan that includes maternity coverage.

But people with health problems may not see much relief. And many low-income people may be priced out again.