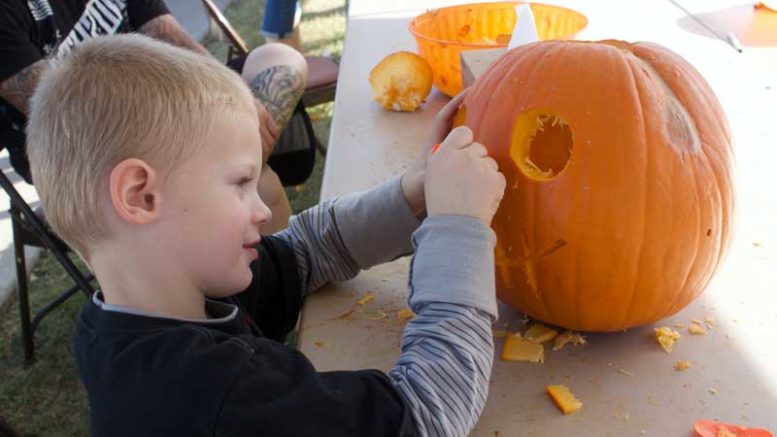 Jon Johnson Photo/Gila Valley Central: Zeek Kerby, 4, of Safford puts the finishing touches on his "Nightmare before Christmas" pumpkin at the Harvest Festival.

SAFFORD – Small-town Americana just doesn’t get much better than this. 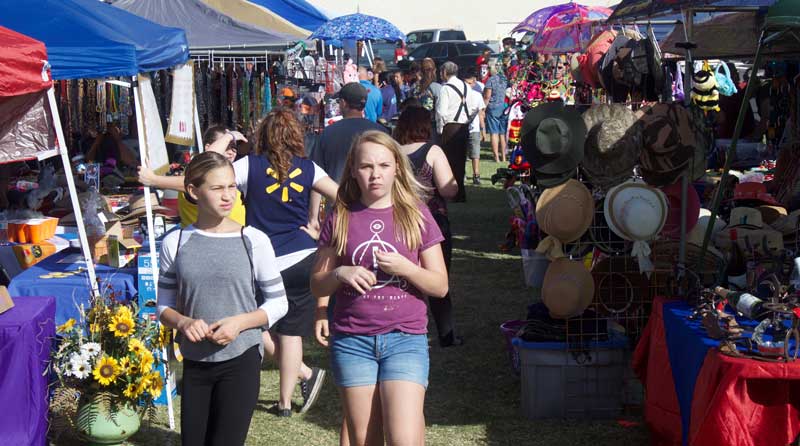 People came out in droves for the Harvest Festival in Downtown Safford on Saturday to enjoy the music, food, games, vendors and overall fun time.

Randall Kerby and his family were at the festival for nearly the whole day and said highlights included the pulled pork sandwiches and pumpkin carving. 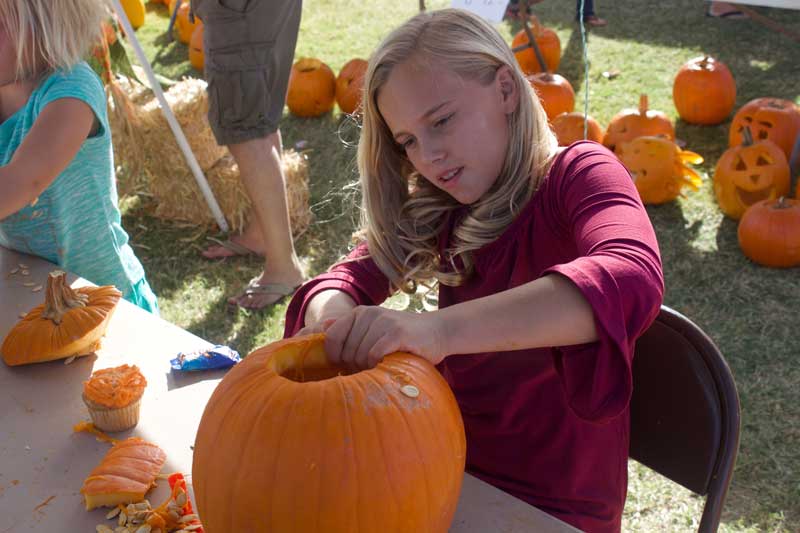 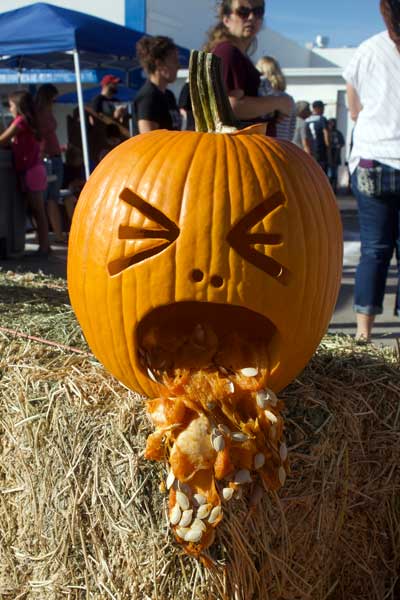 Betty Hammond was one of more than 60 vendors at the event. She had her specialized pecan brittle up for sale.

“I hope everybody enjoys it,” Hammond said. “I put a lot of love in it. They say love is not an ingredient – the government does – but I think it has a lot to do with making it.”

“This is the best peanut brittle,” Thompson said. “I’ve been buying this for probably six years. And every Christmas, when it starts to get cold, I look forward to (the) peanut brittle again.”

In addition to the great live music from the various bands at the event, there were also special performances by the Gila Valley Cheer, Extreme Martial Arts, and Safford Dance Academy. 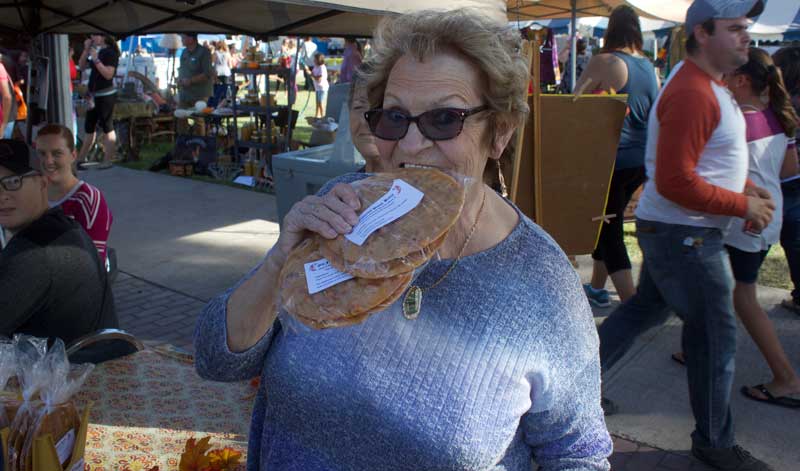 Jon Johnson Photo/Gila Valley Central: Lorri Thompson can’t wait to take a bite out of her peanut brittle from the Harvest Tabernacle booth.

J. David Sloan & Friends featuring Pandy Raye and The Rich Adams Band closed out the festival by playing a wide range of favorites well-appreciated by the remaining crowd. 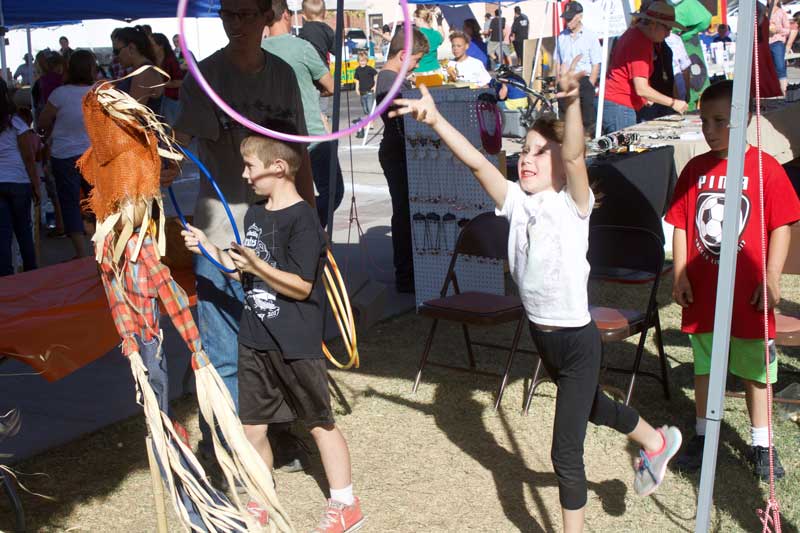 Safford City Manager Horatio Skeete held down the fort with the Safford Lions Club as the group made their famous hamburgers for sale. Skeete said he was impressed with the steady stream of visitors throughout the entirety of the event. 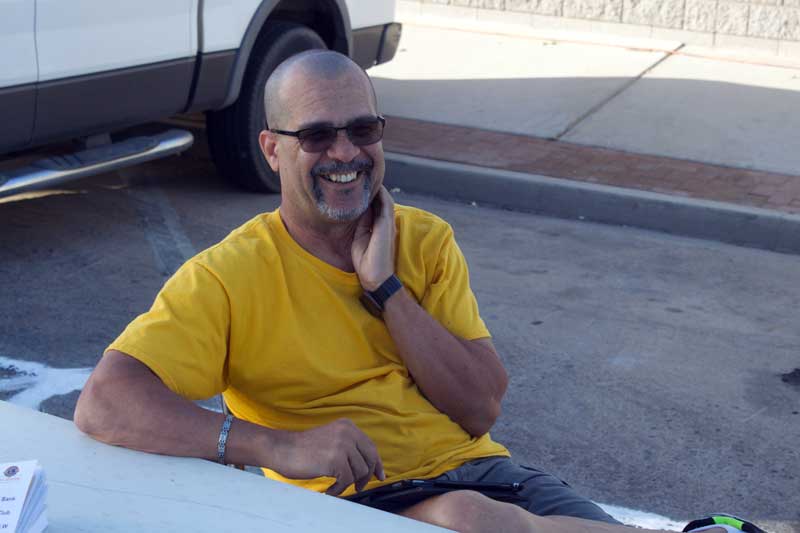 Adam Huish brought his family down to the event and said besides the pulled pork his favorite part was taking his kids out for some wholesome fun.

“It’s good to get them out here and burn off some of their energy,” he said.

Sam Crandell had his two daughters, Ellie, 5, and Anna, 2, with him and said they enjoyed the pumpkin carving “and the bouncy house. We love that.” 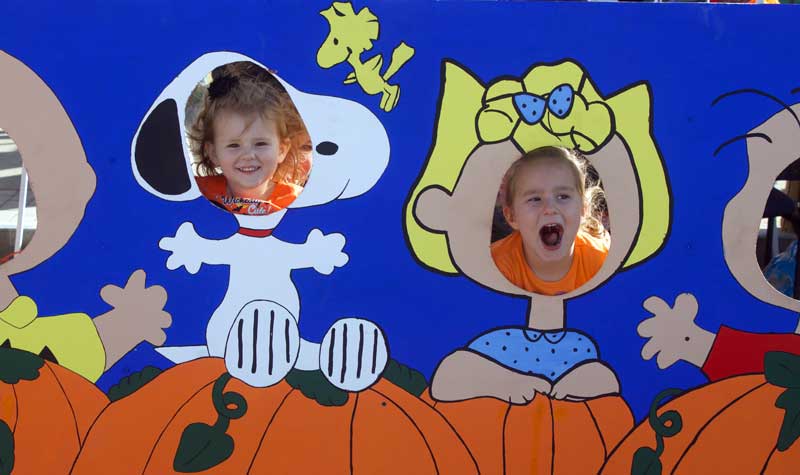 The rest of the attendees Gila Valley Central spoke with all pointed to the pumpkin carving as their favorite activity of the festival. By the looks of the various creations, there must be a budding group of child artists in the community. 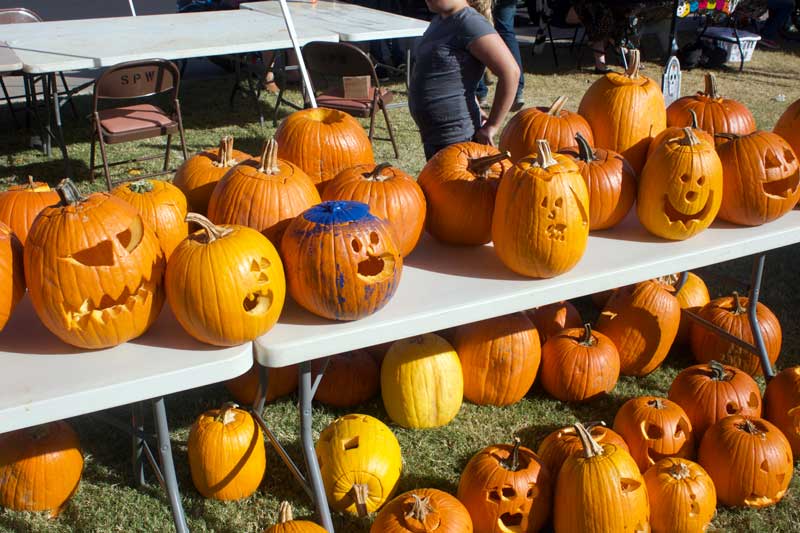 Jon Johnson Photo/Gila Valley Central: The pumpkin carving was a favorite of many at the festival.