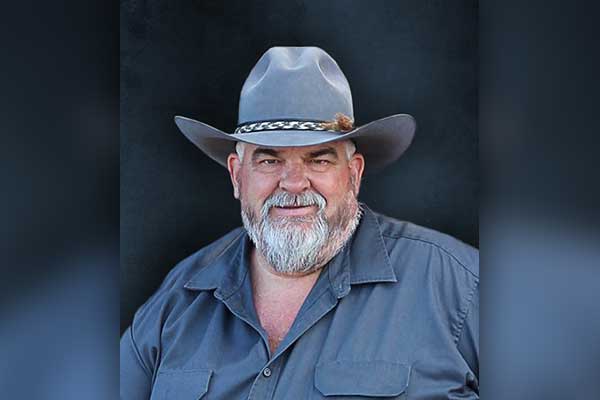 Glen was born in Silver City, New Mexico, on July 19, 1960. He grew up the older brother to Ross, and the son of Mayrice and Tom Cole. He was a difficult child in that he preferred to do his own thing rather than what anyone else wanted. He loved to go hunting and he also loved motorcycles and had the bumps, bruises, and permanent divots in his legs to prove it.

He attended Silver City schools. School is where he met Gay when she moved to Silver City with her family.

He had an interest in welding and went to Eastern New Mexico College and received a degree and a certificate in Boilermaker Welding. This took him to Texas to weld oil pipeline and eventually brought him back to Silver City to work for Phelps Dodge.

Glen and Gay were married on April 2, 1982. Soon after, due to work changes, they moved to Morenci. They were able to purchase a home in York.  There they raised 3 awesome kids; Amanda, Tanya, and Levi.

Glen was New Mexican to the core; he couldn’t wait to move back so he and Gay bought land in Virden and built their dream home. He worked at Phelps Dodge Morenci in the mine as a Journeyman Welder and then worked his way up to Supervisor and Contractor Management. He left FMI to go to the Congo to work for 4 years.

He then pursued a job in the Philippines. Glen and Gay got to do a lot of traveling as he pursued his career overseas. We knew he was having the time of his life exploring and doing new things.

In 2018 he came home from the Philippines. He once again found himself getting a job, just driving semi around Southern Arizona and New Mexico for a local company. He enjoyed that but soon FMI called and he went back to work for the mine.

Glen enjoyed the outdoors, but the ultimate fun was spending time outdoors with his grandkids. Reagan, Travis, Kaela, Bailey, Jace, Corbin and Thomas kept him young at heart. They loved to hunt, fish, cliff jump, eat, and even climb with their Granddad.