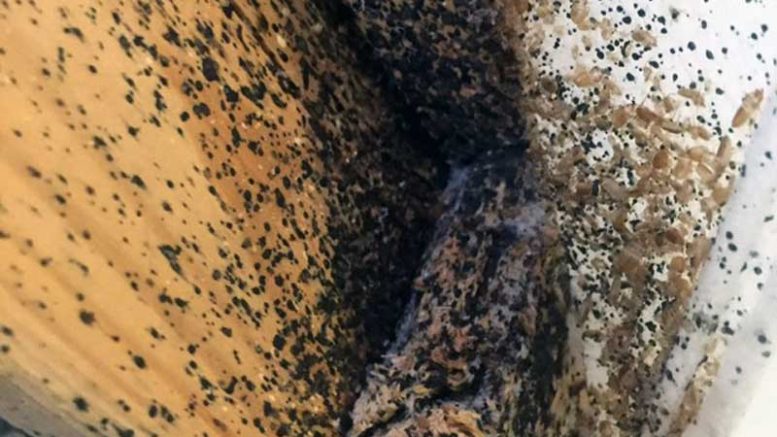 GRAHAM AND GREENLEE COUNTIES – There’s a creature lurking in the bedrooms of residents in the Gila Valley. It’s quieter than a mouse and is attracted to the carbon dioxide those nestled so snugly in their beds exhale. After feasting upon its victims’ blood, the creatures scurry away to their hiding spots to shed its skin and defecate. 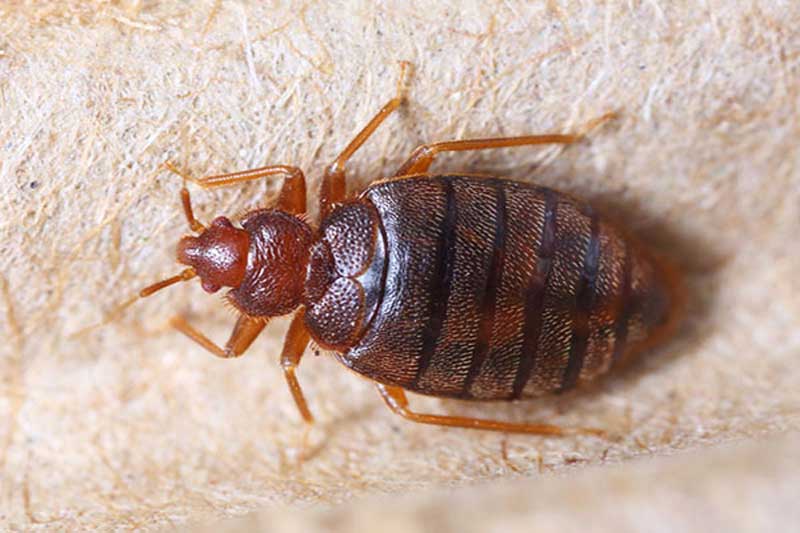 This is what one type of bedbug looks like magnified.

Bedbugs are obligate blood parasites. Cimex lectularius and Cimex hemipterus are the two bedbug species that feed primarily on humans. They are oval, reddish-brown, flat and wingless. Adults are generally 4 to 7 mm in length and the nymphs can be as small as 1 mm and are translucent in color. Adult females produce between 200 to 500 eggs in a typical six- to 12-month life span, and the bugs can withstand temperatures from 44.6 degrees Fahrenheit to 113 degrees Fahrenheit.

The Gila Valley has a bedbug infestation, and unlike the night-time saying, there is little chance of stoping them from biting without professional help.

Crisler Pest Control technician Jennifer Casey told Gila Valley Central that her company has been fielding bedbug calls two to three times per week for the past two years. She said the problem began when a lot of people traveled to the Gila Valley for work, especially international travelers who brought the creatures to the United States.

“I really just want people to be aware that it is a big problem here, so if they’re going to be buying used furniture or items like that to really inspect it well, or have your regular pest control company come by and inspect the furniture before you bring it into your home,” Casey said. “They just seem to be spreading pretty bad.” 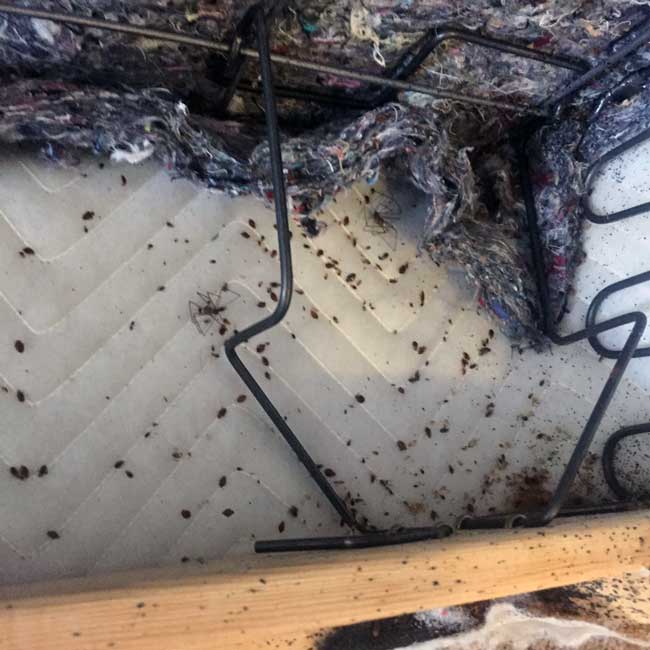 Contributed Photo/Courtesy Crisler Pest Control: Bedbugs like to reside underneath mattresses and furniture and feed on those sleeping late at night and in the early morning.

“It’s been pretty crazy with the bedbugs,” Corbell said. 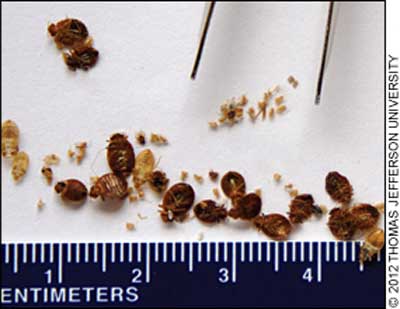 This shows bedbugs in various stages of development.

Eastern Arizona Exterminating owner Eric Fletcher advised his company  services a lot of hotels and has noticed a number of travelers bring them in to the area. In one case, a sports team from Morenci traveled to Tucson for a contest and a number of players shared the same room. Shortly after returning to Morenci, various homes started reporting bedbug infestations. Fletcher said they investigated the cases, found out it all originated from staying in the Tucson hotel room and informed the hotel of the problem.

“When I travel, I inspect every bed I sleep in, and I don’t ever leave my bags on the hotel floor,” Fletcher said.

Bedbugs are attracted to heat and carbon dioxide, so to inspect a hotel room or any sleeping area, a good spot to start is near where a person’s head would rest; check under mattresses and in cracks along floorboards, headboards and other areas and furniture for tale tell signs of bedbugs, including their discarded skins (bedbugs molt their exoskeletons as they grow) specks of blood and brown or black streaks of bedbug feces.

The best way to avoid a bed bug infestation and being bitten by them is to prevent them from ever making it into your own home. Since most infestations are brought in from somewhere else, a person should take extra precaution while traveling by inspecting sleeping areas and bedding for signs of bedbugs. Suitcases should never be left on the floor but placed on metal racks away from furniture if possible. If a person believes contamination of bedbugs has occurred while traveling, all potentially infested items should be sealed in plastic bags.

When purchasing used furniture of items from yard sales, take extra precaution and throughly inspect the items for any signs of bedbugs. 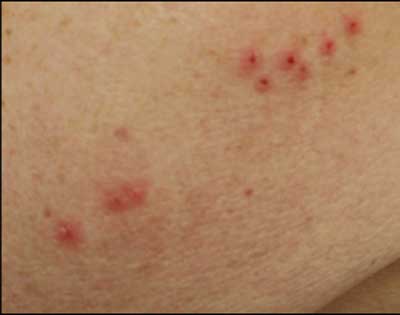 This is what one type of bedbug bites look like.

The easiest way to realize a residence has been infested with bedbugs is by the bites. Bedbug bites are usually little red bumps grouped together in a  characteristic row or cluster or they are small, raised oval portions of skin. While some people may have an adverse reaction to the bite and scratching them may cause infection, bedbugs are not involved the transmission of disease and most bites will resolve themselves within one to two weeks.

Once an infestation is known, a professional exterminator is required to completely eradicate a dwelling of bedbugs and sometimes repeated treatments are required. In the Gila Valley, there are three companies that deal with the pests, Crisler Pest Control, Rattlesnake Exterminating and Eastern Arizona Exterminators. Crisler and Rattlesnake utilize heat to kill bedbugs followed up by chemical treatment and Eastern Arizona Exterminators utilize chemical treatment. If a person believes they have an infestation of bedbugs, call one of these exterminators before passing on the bugs to neighbors and friends.