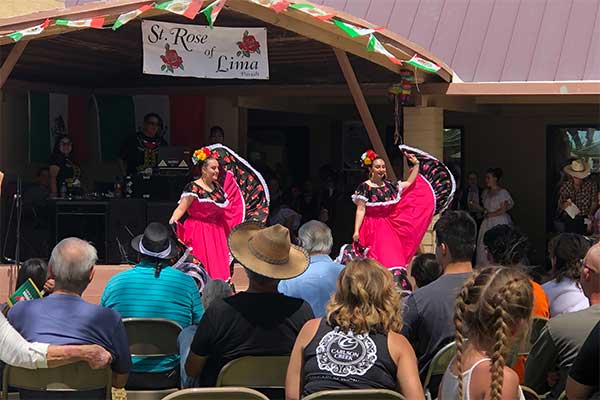 The Graham County celebration began with a parade down Main Street in Safford, followed by food, games and entertainment at St. Rose of Lima Catholic Church.

What is Cinco de Mayo?

Cinco de May, or the fifth of May is a holiday that celebrates the date of the Mexican army’s 1862 victory over France at the Battle of Puebla during Mexico’s war with France. While it is a relatively minor holiday in Mexico, it has evolved into a commemoration of Mexican culture and heritage, particularly in areas with large Mexican-American populations.

Benito Juarez was elected president of Mexico in 1861. At the time, Mexico was in financial ruin after years of internal strife, and the new president was forced to default on debt payment to European governments. In response, France, Britain and Spain sent forces to Veracruz, Mexico demanding payment. Britain and Spain negotiated agreements and withdrew their forces, but France used the situation as an excuse to create an empire out of Mexican territory.

In the latter end of 1861, French forces stormed Veracruz. Certain that success would come easily and quickly, 6,000 French troops prepared to attack the small town of Puebla de Los Angeles. President Juarez managed to round up a ragtag group of 2,000 loyal men to stand against the French army. The French forces attacked on May 5, 1862 at daybreak. The battle lasted into early evening when the French finally retreated after losing nearly 500 soldiers. Fewer than 100 Mexicans had been killed in the battle.

The battle was not a major victory in the overall war against the French, but it represented a symbolic victory for the new Mexican government and emboldened the country to stand against French. The war ended in 1867 – thanks in part to military support and political pressure from the United States.

Within Mexico, Cinco de Mayo is primarily observed in the state of Puebla, although other parts of the country also take part in the celebration. For many Mexicans, however, May 5th is like any other day. It’s not an official holiday so offices, banks and stores remain open.

In the United States, Cinco de Mayo started to become a popular celebration in the 1940s. Many people outside of Mexico mistakenly believe that Cinco de Mayo is a celebration of Mexican Independence, but that was gained more than 50 years before the Battle at Puebla.