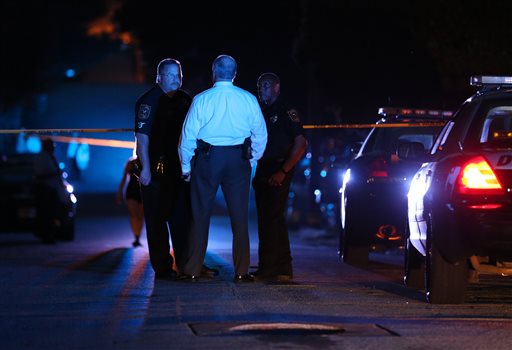 DeKalb County police officers work at the scene where an Atlanta-based officer was shot Monday evening, Aug. 31, 2015, five miles from Atlanta. DeKalb County police spokeswoman Mekka Parrish did not immediately have any details about the circumstances of the shooting. (Ben Gray/Atlanta Journal-Constitution via AP) MARIETTA DAILY OUT; GWINNETT DAILY POST OUT; LOCAL TELEVISION OUT; WXIA-TV OUT; WGCL-TV OUT; MANDATORY CREDIT

ATLANTA (AP) — Investigators say police officers who arrived at the wrong metro Atlanta home for a report of suspicious activity shot the man who lives there and “likely” shot one of their own, leaving him seriously wounded.

Georgia Bureau of Investigation officials said DeKalb County police received a report of a suspicious person Monday night in a southeast Atlanta neighborhood where many of the single-story homes look similar.

They said police entered the back of a house, where two officers shot a dog and officers also shot the resident in the leg when he exited a room off the kitchen. That man, whose name was not released, returned home early Tuesday but declined to comment.

A police officer was shot in the hip and listed in serious condition at Grady Memorial Hospital.