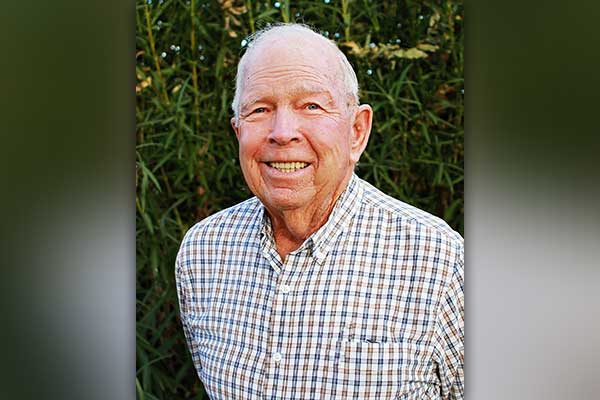 Gary L. Ferguson of Safford peacefully passed away in the early morning hours on April 26, 2020, at his home with his family at his bedside.  He was born on February 4, 1934, in Thatcher, Arizona to parents William A. Ferguson & Mary Elizabeth Elmer Ferguson with siblings Dixie, Trudy, and Marilyn.

At the age of 1, the family moved to Miami, AZ where Gary was raised, graduating from Miami High School, and then going on to Arizona State College (Northern Arizona University) where he earned several degrees including his BA in 1958 and graduated in 1962 with his Masters in Education.  On June 17, 1954, he married his high school sweetheart, Peggy Jean Chism, and they were later married in the LDS Mesa Temple.  In 1960, the young couple moved back to Safford where they raised their family, Terri, Bill, Kim, and Wayne. In 1972 Gary went back to NAU and earned his Masters Degree in Guidance & Counseling.

Gary was an active member of The Church of Jesus Christ of Latter-day Saints where he served in many callings.  He began his teaching career in Gila Bend, AZ and after a year there, he came to Solomon where he taught English.  He then moved to Safford High Schoool where he was a sponsor for the Interact Club (the first one in Arizona), he also drove the school bus, taught drafting, mechanical drawing, woodshop, and math, and was a track coach. He later began using his degree as a guidance counselor at Safford High School where he loved helping the students throughout the years.  Gary retired from Safford schools in 1989 to spend time with Peggy and his family.

In his spare time, he enjoyed camping, hunting, fishing, and building their cabin on Mt. Graham.  He also enjoyed spending time with his family in the great outdoors.  Later in life, Gary & Peggy enjoyed traveling around the United States with Ray & Nayda Luster in their RV’s. In 2017, Gary was heartbroken with the death of his loving wife of 62 years, Peggy Ferguson.

Gary is preceded in death by his beloved wife Peggy Ferguson, his parents William “Bill” & Elizabeth “Liz” Ferguson, his sisters Dixie Ferguson, and Trudy Lucas, and brother-in-law Jim Cooper along with many other family members.

A viewing will be held on Thursday, April 30, 2020, at the McDougal’s Caldwell Funeral Chapel from 4:00 until 6:00 p.m. with social distancing being observed, 10 people at a time, being allowed to view.  A private family graveside service will be held on Friday, May 1, 2020, beginning at 8:00 a.m. with the public invited to join the Facebook Live.

To join our live stream, go to Facebook, find our webpage (McDougal’s Caldwell Funeral Chapel), “Like” the page then scroll down to find the live stream.  The family requests that anyone who has memories to share please do so on our tribute wall on this site.