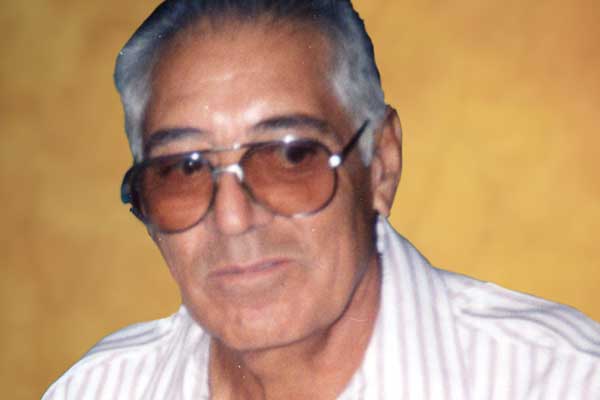 Frank attended Morenci Schools, graduating in 1949.  He served in the United States Army from 1951 to October 1956. He served in Korea with the 32nd Infantry Division Love Co. earning the rank of Sergeant. He also earned the Korean SVC Medal with 3 bronze stars, UN SVC Medal. He was a member of the American Legion Lloyd C Hill Post 28 in Clifton, Arizona for 71 years.

Frank worked for the Phelps Dodge Co. for 30 years, retiring in 1984. After retiring he worked for Sears Outlet, H&H Construction and Bowen.

Frank’s past time was running.  He ran 6 miles every morning.  He loved working in his garden, he had beautiful flowers, pecan trees and fruit trees. He loved riding around Loma Linda and Verde Lee.

Frank is survived by: his wife of 50 years, Agapita Morales Oñate; a sister, Lucy Duran; and his daughter, MaryAnn Rieck from a previous marriage.

He was preceded in death by: his 7 brothers and 3 sisters.

Frank was a member of the Sacred Heart Catholic Church in Clifton. Services for Frank are currently pending and will be announced at a later date.