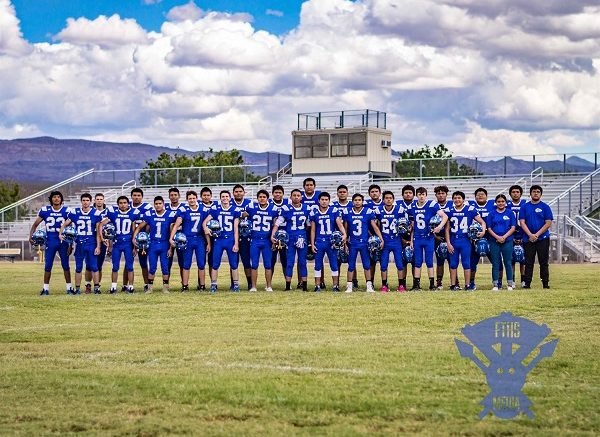 The first six games for the Fort Thomas Apaches were a breeze, racking up a 6-0 record and getting ranked as high as #4 in the State.

The Apaches then had to finished a delayed game against Salome, which they lost 44-34, and Thursday night they dropped another at home, 42-36 to Arete Prep.

Fort Thomas Head Coach Bracken Walker didn’t shy away from the question about his two game slide. “Salome is a very good top four team, we were losing when the game resumed and never got back into it”, he said.

“Arete Prep is unique. They run and throw the ball well and exposed some weaknesses that we need to work on”, Walker added.

The Arete Prep loss was the final regular season game for the Apaches. The AIA released the 1A State Playoff bracket and they fell from #5 to #8 after the two losses.

The Apaches will have a home game Friday night, October 19th, at 7pm as they host the Joseph City Wildcats in the opening round.

Walker is excited to host a playoff game for the 2nd straight year. “We are going to have to shore up some things this week and play well if we want to win and move on,” said Walker.

See the complete 1A State Championship bracket by clicking here.