On June 3, 2017, Greenlee County lost a legend as Forrest Wilkerson slipped peacefully from this world while sleeping. Forrest was born on December 5, 1926 to Bee & Olive (Holden) Wilkerson in Clifton, AZ.

He lived his early years first on the ol’ homestead at Black Jack (Mule Creek) and then on the “U♢” (U Diamond Ranch) just south of Clifton. He, along with his dad and uncles, ranched a huge area from Mule Creek to the Martinez Ranch in the Black Hills.

Once his tour was completed, he married the love of his life and mother of his five children,
Alice Brown. The couple worked hard and built a life in Greenlee County for themselves and their children.

Service was always important to Forrest. He served his family, country and county. Forrest served Greenlee County as a deputy then 16 years as Sheriff, being re-elected every two years. He also was honored to serve the county as Supervisor for four years. 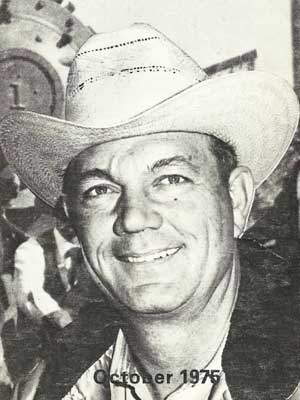 Forrest will always be remembered for his large “cowboy” presence, his gentle caring nature and that engaging smile. He greeted every car with a wave as he drove down the road. Forrest was present at every event across the county. There were few people in Greenlee County who didn’t know him. He was a big man who wore his western hat and boots most of the time.

In the early 70’s, Forrest and Alice bought some land, subdivided it and built the Verde Lee Water Company from the ground up. Those were lean times, they figured the water bills by hand because they couldn’t afford a calculator. State officials were amazed during inspections when they asked what engineering company they used and Forrest just looked at them and answered, “Engineers? We don’t have money to pay engineers. Alice and I just figure it out ourselves.”

Forrest lost his soul mate, Alice, on May 3, 1986. His life had other losses as well. He married Beverly Jenny who died 18 months after they began their life together. He then married LeOma who died in 2012. Forrest also lost two grandchildren, Laura Faye McCarty and Cody Harrison Baber.

Services for Forrest will be held on Thursday June 8, 2017 at 11 a.m. at the First Southern Baptist Church in Duncan. He will be interred in the Sheldon Cemetery next to his wife, Alice, following the services.