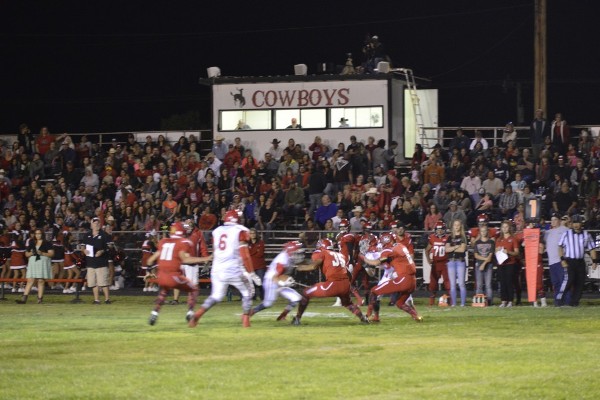 By Lee Patterson
Follow @Radioguyaz99
With the football season just around the corner, we will take an in-depth look at the Gila Valley football teams in a 6 part series of previews. We will preview teams from Graham and Greenlee Counties and Northern Cochise County.

Alonzo Highsmith returns for his 2nd season as Head Coach for the Cowboys. Highsmith guided the Cowboys to a playoff appearance in his first season with a 5-6 record. That’s not a bad accomplishment for a first year head coach in a very up and down season.

Coach Highsmith tells me his offensive line is the strongest part of the team this season. It will be anchored by Ricardo Cuevas. Make that now 5 teams that claim their offensive line as the strong point. That most likely means a resurgence of the running games Valley wide. Last season the Cowboys struggled to score in losses. In their 6 losses Willcox only averaged 7.8 points per game. With the improved offensive line, they should be able to have longer possessions and in turn keep themselves in games.

As a unit, the Cowboys Defense gave up an average of 28.2 points per game last year. That number should come down this season with another year under Coach Highsmith and the same offensive lineman playing defense as well. Tanner DeBaun, Brady Welch and AJ Fuentes will be relied on to make big plays this season. It will also help that Willcox doesn’t play Thatcher or Santa Cruz in the regular season this year.

The 2A San Pedro doesn’t put fear in many opposing coaches this season. I can see Willcox winning as many as 7 games this season. There is only a few coin flip games in my opinion. If the Cowboys stay healthy and gain some confidence in the first couple of weeks of the season, they can find themselves atop the league fighting for a home playoff game in just Highsmith’s second season as coach.