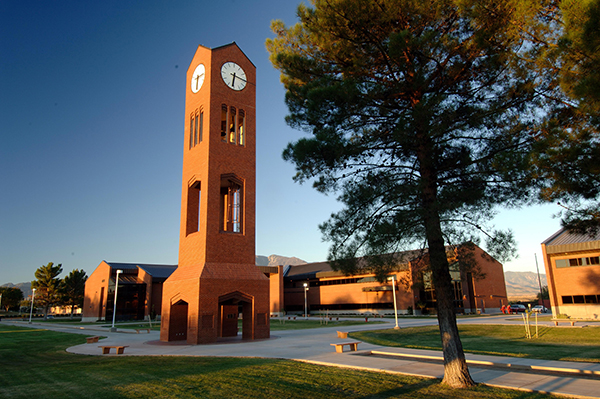 Eastern Arizona College hosted an open house Thursday night to inform the public about facts surrounding the costs of keeping or dropping the football team. Presently, EAC, is the only Junior College in Arizona who hasn’t dropped football.

The open house was full of information put together by various departments at Eastern Arizona that would be affected by the cancellation of football. All numbers were based on losing 80 paying students, however most everyone in attendance knows the impact will probably be double that number.

Marching Band Director Geoff Despain said he anticipates losing more than half of this band if football is cancelled. None of those numbers were factored into the information presented last night.

Director of Fiscal Control, Wayne Layton,  presented information detailing a $500,000 per year loss for the football program. According to the information presented the football program has an income of $478,000 per year but costs $978,000. This is based on a 3 year average from 2015, 2016 and 2017. Two of those years Bowl Game travel was included. 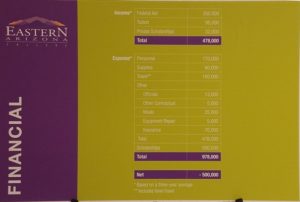 Student Life Director Danny Battraw was on hand to talk about the impact that losing the football players from on-campus housing would have. He said that 25% of students living in the dorms are football players. He also stated that the dorms are only at 75% capacity right now. Losing the football players would mean that on-campus housing would be only at 50% capacity. These numbers didn’t include marching band students living in the dorms. There was no information presented to say how much of a loss that would bring to the college or how much money it costs to run half empty dorms.

Lastly there was a proposed schedule for the 2019 and 2020 season. According the information presented there would be little or no increased travel budget based on the proposed schedule. The schedule did include two games with Arizona Western College who has since dropped football, leaving a two game gap in the schedule. Coaches on hand didn’t seem to think filling those two games would be a giant hurdle. 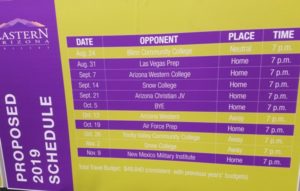 There was an idea that gained a lot of momentum at the meeting among guests. What if the college embraced being the only junior college in Arizona that played football? There is currently upwards of 400 student athletes in the state that need a place to be next year. Overnight you would flip your roster from 90% out of state players to 90% in state players. That would cut down on your out of state tuition scholarships that the school is absorbing. It would also bring more people to home games since the families are only a few hours away.

It wouldn’t be the first time that a state had only one junior college team. Just take a look north. The Snow College Badgers have been the only JUCO football team in the state of Utah since 2005 when Dixie State moved the four-year level. They have traditionally been the best team in the former WSFL and have been credited with saving football in Utah.

Eastern Arizona’s enrollment was down 7%, which is roughly 91 students, from 2017. Add on to that number the expected 150 students that won’t be enrolled if football and band were dropped and now you have a big problem. At that point you would have to increase your marketing and recruiting budget to get your product out to a larger area just to get your enrollment back to where it was after the 7% drop. How much money does that cost?

It is not an easy decision for Eastern Arizona President Todd Haynie but there are options available. We will know soon which one is chosen.