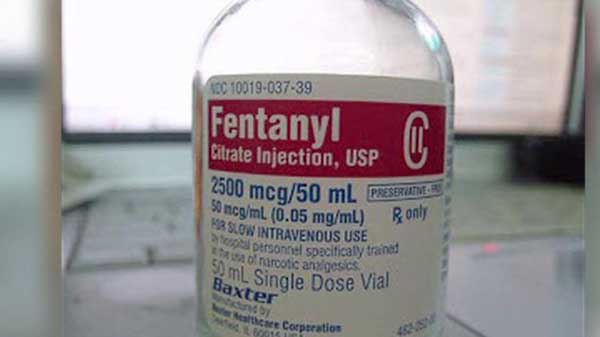 National headlines are calling fentanyl the deadliest drug in America. Fentanyl, a synthetic opioid 80 to 100 times stronger than morphine, is now the drug most often involved in fatal overdoses across the United States, according to a new report published by the Centers for Disease Control and Prevention. The document implicates the powerful drug in nearly 29 percent of all overdose deaths—more than 18,000 of the year’s 63,000 fatalities—in 2016.

Arizona doctors said they’re seeing the increase of fentanyl overdoses. Dr. Frank LoVecchio works in the emergency room in the Phoenix area and is part of a medical toxicology team. He says it’s very tough to get the dose of fentanyl right, and if you’re wrong, it’s deadly.

“If you took one drop of fentanyl, and that was the amount the patient used to get high, and you can compare that to heroin where it’s like ten drops, well you’re much more likely to make an error with one drop,” said LoVecchio.

“If you mess up with the one drop and give an extra 50-percent, like a drop and a half, or bigger, it’s much more likely to be a problem, but with heroin, you give a little more, a little less, maybe you’ll be okay, maybe not.”

“In about 2015 we started to see fentanyl arrive in the crime lab for analysis, and since then we’ve had a steady increase from about a handful of maybe 20-cases that would come in a year, but so far this year we’re up to 435,” said Beth Brady who works with DPS and analyzes fentanyl that officers find off the street.

Fentanyl is known for its high risk for addiction and dependence. It can cause respiratory distress and death when taken in high doses or when combined with other substances, especially alcohol.