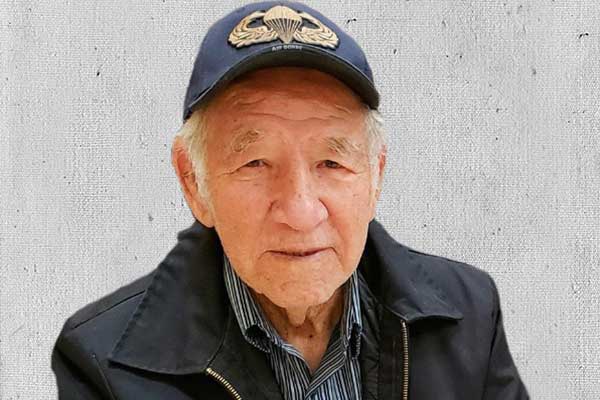 Felipe Alarcon Rodriguez entered into eternal rest on Thursday morning, March 5th, 2020 at his home in York Valley, Arizona, surrounded by his family.  He was born February 14, 1931 in Morenci, Arizona, to Felipe and Guadalupe A. Rodriguez.  He was born the 6th of 9 children.  He was 89 years old.

Felipe married his high school sweetheart, Manuela Cervantez, on November 4th, 1951.  They were married for 68 years.  He was drafted into the United States Army in 1951 during the Korean War and served 2 years.  He was trained as a paratrooper for the 82nd Airborne (AA).  He was proud to have served and was honorably discharge with the rank of Sergeant.  He was a member of the American Legion Post 28 Morenci-Clifton (originally Lloyd C. Hill Post 28) for 60 years.  He was honored on March 15th, 2016 for his service.

After being discharged from the army, Felipe came back to Morenci, Arizona, and became employed with Phelps Dodge Corporation in the Smelter division as a Converter Labor.  He transferred to the Morenci Water & Electric Company where he worked with the water/pump crews, then he transferred to the electrical crew, where he worked as an electrician, lineman, meter-reader and finally Foreman working for 30 years with that group.  He was also a volunteer fireman for the Morenci Fire Association.  Felipe was also very active in the Holy Cross Parish serving on various committees, functions, and handyman.  Felipe was not ready for retirement, so he went and worked for the City of Safford as a meter reader and later an electrician.  After 10 years with the city, he finally retired.

Felipe is preceded in death by: his mother and father; eight of his siblings; his son, Gerald Eric Rodriguez; his granddaughter, Erica Michelle Rodriguez; and his grandson, Eric William Rodriguez.

A Mass of Christian Burial for Felipe will be celebrated Saturday, March 14, 2020 at 10:00 a.m. at the Holy Cross Church in Morenci by Rev. Nathaniel Mma. Committal with military honors conferred by the American Legion Post #28 Honor Guard will follow in the Sacred Heart Cemetery.  A rosary, vigil, and prayers will be offered Friday evening, March 13, 2020 at 7:00 p.m. at Holy Cross Catholic Church in Morenci by Deacon John Terry.  The family will receive family and friends Friday evening from 6:00 p.m. until 7:00 p.m. and Saturday morning from 9:00 a.m. until 9:45 a.m. also at the church.

The family wishes to thank the VA Safford Clinic, Eden Hospice, and Vining Funeral Home and all family and friends for the respect and wonderful treatment of their husband, father, grandfather and great-grandfather.