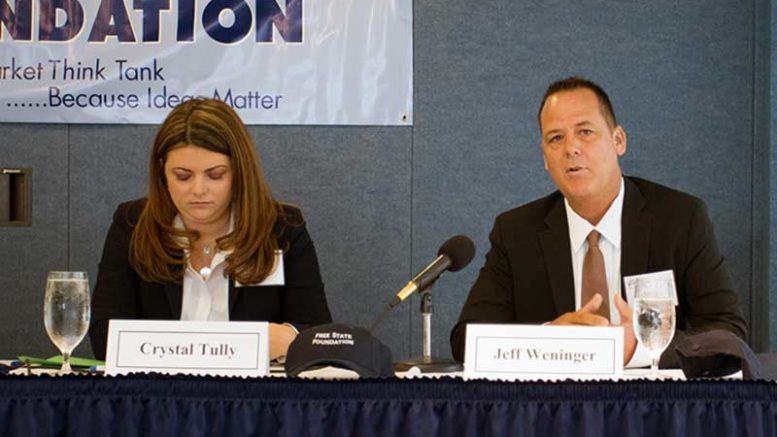 Photo By Nathan J. Fish/Cronkite News: Arizona State Rep. Jeff Weninger, R-Chandler, speaks about the state’s initiatives at a panel of industry and government officials in Washington on “Next Generation 5G Wireless Networks.”

WASHINGTON D.C. – Arizona lawmakers have been at the forefront when it comes to laying the groundwork for 5G, the next generation of wireless telecommunications technology, a group of experts said Tuesday.

The panel of industry and government officials said Arizona could become one of the first states with 5G technology, and they credited measures like the state’s HB 2365, which streamlines the permitting process for the faster networks.

Fifth-generation, or 5G, technology runs faster and allows people to be smarter about the “applications and services that they’re running,” said one speaker at the event hosted the Free State Foundation, a free-market think tank. A Federal Communications Commissioner at the event said 5G has the potential to be the “first truly terrestrial, high-speed, high-capacity, fully-seamless, wireless internet experience.”

“It’s going to massively affect our economy and everything people do in the future,” said Arizona State Rep. Jeff Weninger, R-Chandler. “If we don’t allow, in a rapid way, companies able to expand these services we’re going to be way behind the eight-ball.” 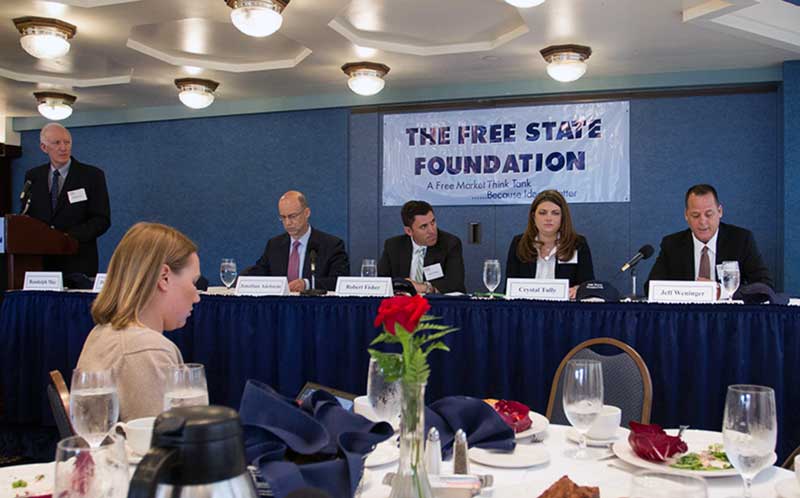 Photo By Nathan J. Fish/Cronkite News: The panel talking about the development of 5G networks across the country, and states’ receptivity to the new networks, included lawmakers, business officials and regulators.

HB 2365, passed in April, creates a “streamlined process for telecommunications companies to deploy small cell-technology across the state,” according to a press release from the Arizona House Republicans.

“I think Arizona is ahead of the curve,” said Robert Fisher, senior vice president for the federal government affairs of Verizon.

“Arizona is putting itself in the forefront of being able to have an environment that encourages 5G investment, and by passing that legislation not only will the citizens benefit and the cities benefit, but the community and economy from all the investment that will go into building a 5G network,” Fisher said.

Jonathan Adelstein, president, and CEO of the Wireless Infrastructure Association, echoed the praise for Arizona.

Weninger explained that the key to success for passing this legislation was setting a “series of standards that the cities and counties agreed to.”

“I think the outcome is going to be better wireless service and possibly be one of the first handfuls of states to have 5G fully deployed,” he said.

Fisher said Arizona has proven to be a model for other states.

“That model is to bring together all stakeholders, both local and all the carriers together to try to figure out what the best policy is so that we can get streamline access to rights-of-way and deploy infrastructure in a quick manner,” Fisher said. 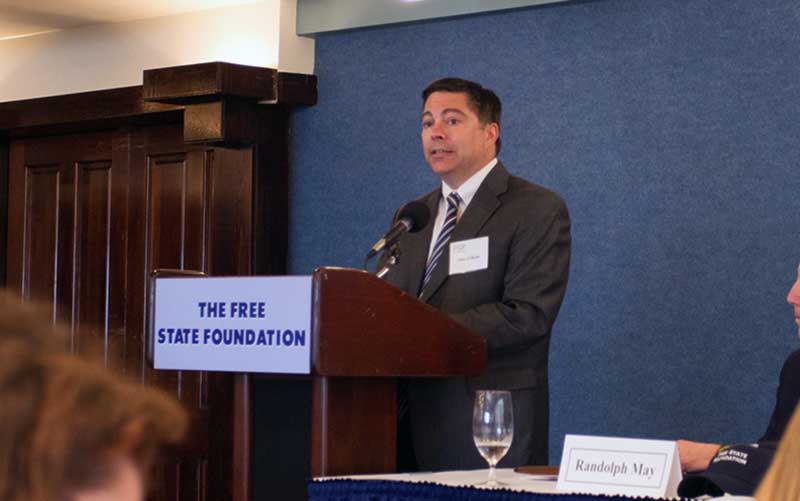 With the increasing need for faster, more reliable data, the “use of wireless devices has proliferated faster than most experts have imagined,” FCC Commissioner Michael O’Rielly said.

“While there is no firm definition, everyone agrees the next generation network will provide greater capacity, faster speeds, and lower latency,” O’Rielly said.

“Consumers are increasing their cell phone data consumption massively,” Adelstein said. “As a matter of fact, at the same time that’s happening, carriers are offering unlimited data plans. So, this is great news for consumers and they’ve been getting more for less for a long time out of the wireless industry.”

With the increase in demand for a faster, more reliable network, Arizona’s partnerships will prove valuable, speakers said.

“Clearly, we have a state like Arizona … where there are partnerships to get that legislation to move forward to make sure we’re on the leading edge, but not every state is probably going to be as proactive,” Fisher said.

“We have clear national imperative here, just as we do with … physical infrastructure,” Fisher said. “There is also a digital layer of infrastructure which I think is equally, if not more important.”