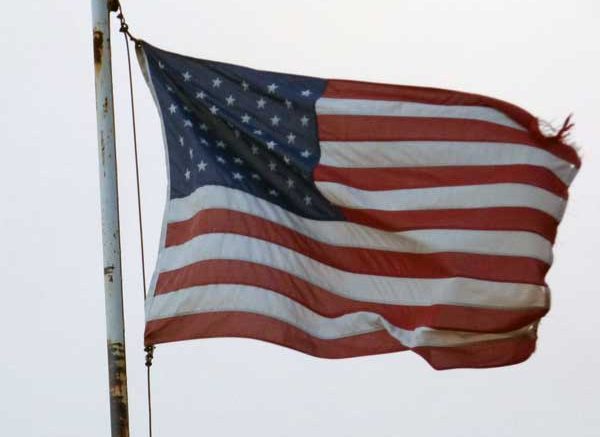 It is said that those who don’t pay attention to history are doomed to repeat it. Remember the fall of the Roman Empire or the American Civil War? How about the bloodshed at Waco and Ruby Ridge, which led to the Oklahoma City federal building bombing? What about the O.J. Simpson trial? The gradual but steady dissolution of our democratic experiment is akin to watching a train wreck in slow motion; someone may be applying the brakes but the force of momentum is overpowering.

In the midst of the most contentious and bizarre presidential race in recent memory came the acquittal by jury of the so-called “Bundy Gang” after their 41-day armed occupation of a federal wildlife refuge outside Burns, Oregon. In today’s world, where it is abundantly apparent that we have two versions of laws dependent on one’s station in life, race and who your friends are, the result added yet another blow to American jurisprudence.

The parallels with the O.J. Simpson trial and acquittal are compelling. In the former, there was such an overload of forensic evidence pointing squarely at Simpson that court prosecutors were smugly confident in their ability to obtain a conviction. But a contaminated police officer who was a prime witness possibly tampered with gloves that seemed like they didn’t fit (over court-ordered latex gloves), and a jury that later admitted a pre-conceived agenda all led to defense lawyer Johnnie Cochran’s famous line, “If it doesn’t fit, you must acquit,” which the jury did.

During the Malheur Refuge takeover by Ammon Bundy, his brother Ryan and an odd assortment of disenfranchised, disgruntled or just disturbed individuals, they all proudly talked into media microphones and broke laws while smiling for the cameras. The amount of clear-cut evidence they provided for the prosecution to use against them at trial was staggering. Fellow occupiers had already admitted guilt. The arsenal of their confiscated firearms and thousands of rounds of ammunition shown during the trial belied any proclamation of a peaceful gathering, Second Amendment rights notwithstanding.

Unfortunately, the prosecutors from the U.S. Attorney’s Office in Oregon, like those in the Simpson trial, gave off such an air of “triumphalism” as one juror later described it, that their burden of proof for a “conspiracy to impede federal employees from doing their jobs” conviction became more difficult. The prosecution could have charged the occupiers separately with criminal trespass, felony vandalism and possession for firearms in a federal facility, but the conspiracy clause would draw a harsher prison sentence. Some say they got greedy.

The jury was either put off too much by the prosecutors’ demeanor, tired of federal government overreach in their own lives or just decided to use jury nullification to exonerate a blatantly guilty crew in order to thumb their noses at the judge because the word “conspiracy” wasn’t explained properly to them. Maybe in the back of their minds was the report of the FBI lying about shooting at LaVoy Finicum’s truck. We’ll have to wait for one of the jurors to write a book to learn the whole truth.

The cost to tax payers for all the extra law enforcement personnel during the occupation, reportedly millions of dollars worth of damage done on the refuge, and the trials of so many people will nudge the national debt up a notch or two. But the responsibility of paying that tab seems of little concern to anyone, although there are bound to be numerous civil suits later. The hundreds of readily seen Internet images of heavily armed strangers declaring that a public bird sanctuary they took over was now theirs will resonate throughout federal land management offices for untold years to come.

At a time when neither American presidential candidate had enough trustworthiness to be elected dog catcher in any county across the country, the “not guilty” verdict only expands the divide in our society. The federal, state and local law enforcement who held back for six weeks to avoid a bloodbath at the wildlife refuge will likely think twice the next time – and there surely will be a next time, or two or three – about that particular tactic, which is ill-foreboding for both sides of the divide.

From the lyrics of the latest Nobel Prize winner for literature, America’s own Bob Dylan, comes these words, “Couldn’t help but make me feel ashamed to live in a land where justice is a game.”

The rest of the story: Local author pens tale of Greenlee County horse and mule deaths and the Forest Service’s involvement

Public education strikes out at Legislature