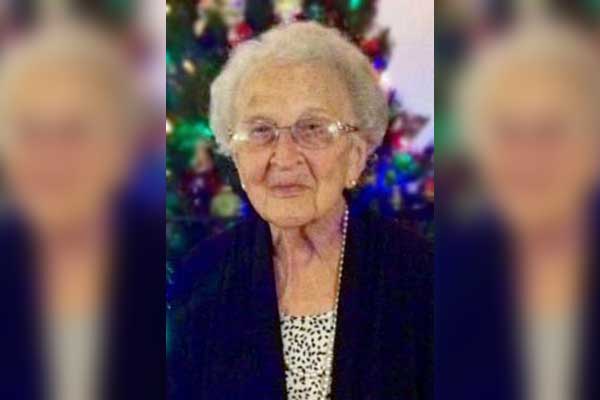 She attended school at Hill Top 117 in Waubay, SD.  On August 7, 1945, she married Robert G. Stacey in Sioux Falls, SD after Roberts honorable discharge from the military.  The young couple packed up and moved to Arizona where they settled in Clifton.  Their family soon grew with the birth of each child; Robert, Donald, Loretta, Roy, Linda and Lisa.

Evelyn loved spending time in the garden, sewing, cooking, raising her children and later, spending time with her grandchildren.  She also enjoyed visiting with family and friends whenever she had the opportunity.

A viewing and Mass of Christian Burial will be held on Monday, March 11, 2019 at the Holy Cross Parish in Morenci, AZ beginning at 9:00 a.m. with Father Rudy Rosales as Celebrant.  Interment will be in the Pima Cemetery in Pima, AZ at 2:30 p.m. also on Monday, March 11th.

In lieu of flowers the Stacey family requests donations be made to Hospice.