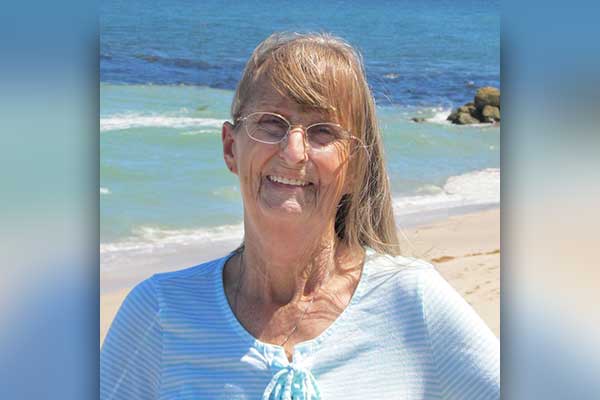 Eoline, or “E” as everyone knew her, was born on June 6, 1950 in Safford. She was the second child of maternal twins born to James Fred DuBois Sr. and Shannon Kinsal. Unfortunately, Shannon passed away shortly after giving birth. James later remarried Dorothy “Dottie” Dubois and she adopted the twin girls as her own. Eoline was raised on the family ranch in Bonita. Eoline attended Bonita School and went to high school in Safford. She graduated with the class of 1969. After high school, Eoline worked in the Bonita Store helping her family with its day to day operations. It was there, in Bonita, where she met the love of her life Rick Mauldin. After a brief 6 week courtship, Rick and Eoline ran off to Las Vegas, Nevada and married on September 12, 1973. They were both faithfully married for the next 46 years. Eoline and Rick eventually moved to Florence. Eoline worked in the Florence Drug Store and eventually went to work in the personal department for the Department of Corrections. While in Florence they had three kids. The family eventually moved to Joseph City, Flagstaff, ending up in Queen Creek. Eoline retired from the Department of Corrections in 2002 to spend more time with her grandkids. Eoline loved to travel and with Rick in tow they saw many places in Europe, Carribean, Bahamas, and North America.  Eoline had a brief but valiant fight with cancer. She was called home to be with the lord, surrounded by loved ones on November 29, 2019 at the Hospice of the Valley Lund Home in Gilbert.  She will be greatly missed by her loved ones and friends.

Eoline is preceded in death by: her father, James Fred Dubois, Sr., of Bonita; and her mother’s, Shannon Kinsal and Dorothy “Dottie” DuBois, of Bonita. Eoline is survived by: her husband, Rick Mauldin, of Queen Creek; her children, Shannon Brehm (Robert), of Mankato, Minnesota, Michael Mauldin (Austyn) of Flagstaff, John Mauldin (Stacey), of San Tan Valley and Shelly Mckinley (Sergio), of Queen Creek; her sister Eleanor DuBois (Ron Lee), of Safford; and her brother, Jim DuBuois (Kam), of Safford; as well as many nieces, nephews and eight grandchildren.

Funeral services for Eoline will be conducted Saturday morning, December 7, 2019, at 10:30 a.m., at Vining Funeral Home’s “Chapel of the Valley”. Concluding services will follow in the Bonita Cemetery.