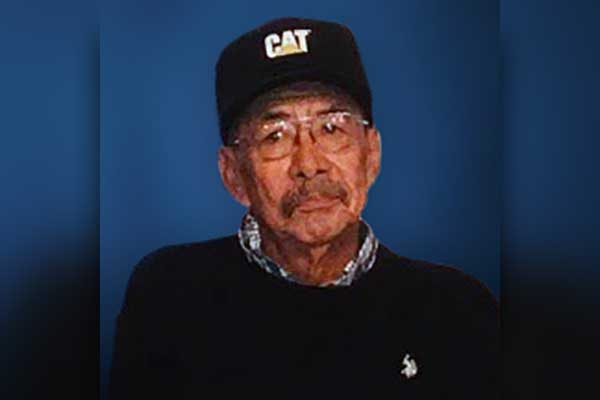 On November 20, 2019, David G. Sanchez, age 69, of Clifton, entered eternal rest at his home surrounded by his family. David was a lifelong resident of Clifton (Shannon Hill). He was born on October 9, 1950, to Reymundo and Henriquetta Sanchez in Morenci.

David was a proud Clifton Trojan and graduated in 1968, he was active in football and baseball during his high school years, little to be known the sport of wrestling would be introduced to his Sanchez family 18 years later with his sons and grandsons participating in this great sport.

Following graduation from high school, David started his career in the mining industry at Phelps Dodge Mining Corporation in Morenci where he began working in the smelter, then eventually worked his way to become a locomotive mechanic. This is about the same time when David married the love of his life, Lydia, in 1972, and eventually they had four children. David’s time in the mining industry was interrupted due to the strike in 1983 but, he maintained his commitment to providing for his family by traveling to different areas for work. Once David returned to Phelps Dodge in the late 1980’s, he remained a committed locomotive mechanic up until his retirement from Freeport McMoRan in 2013. The only thing that topped his pride for his locomotives, was his pride for his family.

In addition to David’s commitment to his work, he also spent countless hours working on various things during his personal time such as improving his house with several additions , working on vehicles (mainly to help out his family), gardening, reading the newspaper or just always doing something to help his family out. David was always ready on a moments notice to give his family assistance regardless of what the situation was which also included caring for his father during his later years. One thing David prided himself on was to keeping his immediate family close together regardless of the situation, and for everyone to be there for one another.

David was preceded in death by: his parents, Reymundo and Henriquetta; and his brother, Joseph. David is survived by: his loving wife of 47 years, Lydia; his children, David Sanchez, Jr. (Stephanie), JoAnn Ortega (Peter), Elaine Sanchez (Tony) and Joseph Sanchez (Sharyan aka Sharaya). David was known as Tati to his ten unique grandchildren, Sean, Erika, Daniel, Jesleena, Nicholas, Tito, Omar, Alex, Amaya and Michael Rey, which all kept him busy one way or another. David is also survived by: his eight great-grandchildren who love spending time with their “Tati and Momhouse”.

A Mass of Christian Burial for David was celebrated Saturday morning, November 30, 2019, at 11:00 a.m., at Sacred Heart Catholic Church in Clifton by Rev. Nathaniel Mma. Committal followed in the Sacred Heart Cemetery.