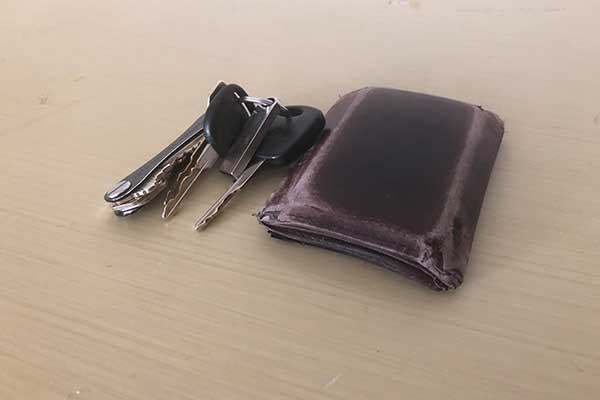 A Graham County Sheriff’s Deputy was sent to the residence of an elderly man on Friday who had reported that his wallet had been stolen by three unknown people who were dressed as deputies. According to the report, the elderly man was known to the deputy from prior contacts, and suffers from memory loss and other health-related conditions.

The 81-year-old man told the deputy that his wallet had been stolen the prior night. While speaking with the deputy, the man changed the story he had reported to dispatch when he called to report the alleged occurrence. When the deputy asked what happened, the man apparently said that an unknown woman who looked just like his wife from 20 years ago took his wallet. The man’s wife is reportedly living in an assisted living facility.

As the man continued to recount the incident, he changed the story back to three unknown men dressed in Graham County Sheriff’s deputy uniforms. The man said the three men took him to the mountain to play video games and kept him there. He told the deputy that he was unable to leave because there was a keyboard in front of him. When asked how he got back home, he said that another deputy picked him up and took him home. The deputy investigating the situation knew that no deputies had been dispatched to the mountain during the time the man said the events occurred.

The elderly man stated that the deputy took him to an unknown dark location for an unknown amount of time. The man could not recall anything else other than an ambulance was sent to check on him. The man said that he had taken his wallet out his pants pocket and placed in his jacket, where it was stolen.

Emergency medical personnel arrived to evaluate the man. While they were talking with him, the deputy checked the residence to see if anything was out of place. While checking the residence, the deputy located the man’s wallet sitting on top of the dresser next to his car keys. He took the wallet to the elderly man and told him were he had found it. The man thanked him for finding it.

During their conversation, the man told the deputy that somebody had also stolen the phones in his room. The phones, however, were also seen in the man’s room untouched.

The medical personnel advised the deputy that there was no need for further treatment and left. The elderly man also assured the deputy that he was okay. The deputy apparently filed a report with Adult Protective Services due to the man’s declining condition.

Arizona Adult Protective Services (APS) is a program within the Division of Aging and Adult Services (DAAS) responsible for investigating allegations of abuse, exploitation and neglect of vulnerable adults. APS may become involved when there is an allegation of self-neglect, which is when an adult with physical or mental impairments is unable to meet his or her basic needs (such as obtaining food, shelter, health care, managing finances, etc.) which then impacts the adult’s minimum physical health, mental health or general safety.

APS seeks to maintain the vulnerable adult in their current living environment and to strengthen their capacity for self-maintenance by referring them to supportive services to remedy any issues or challenges the adult may be experiencing. However, APS must always prioritize the duty to protect the safety of the vulnerable adult with the adult’s right to self-determination.

Learn more at the Arizona Department of Economic Security website.