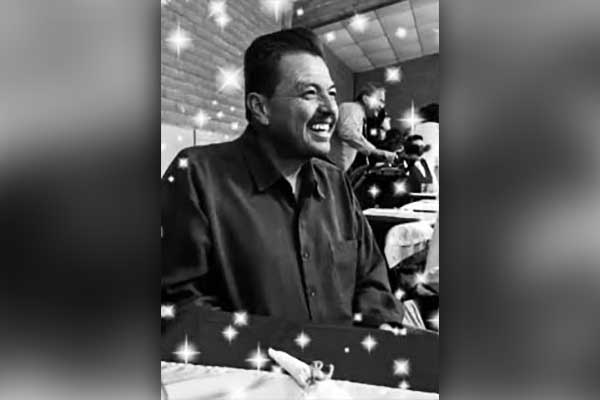 Efren Merino of Safford quietly passed away in his home with his family next to his side on June 6, 2020. He was born May 19, 1960, in Morenci Az to the parents of Mike and Petra Merino.

Efren attended school in Safford then after graduation, he started work with Phelps Dodge for a couple of years. On April 12, 1986, Efren married the love of his life Ernestine “Maro” Merino in Solomon AZ at the Solomon Beneficio Propio. The couple was blessed with 6 children Gabriel, Roberta, Brandy, John, Linda, Kathryn.

Efren joined the Department of Corrections in 1986. He became key control for Ft. Grant Prison. He joined TSU, Chase, and later joined Wildlife Fireland Crew. He then became part of operations where he loved to tear down and rebuild stuff and he would show his inmate crew how to build and make things easier. He always had that motto that “he wasn’t a teacher”, but he was always teaching someone something.

He always had a big ole’ cheezy smile on his face. He will always be remembered as someone who always loved singing, dancing, joking, entertaining people, making friends, camping, fishing, and especially hunting with his family. Efren always put his family first. Efren loved to lead Marchas during weddings and quinceaneras. He enjoyed being ” The Chile Man” and donating pumpkins to the Morenci Schools Accommodation class for years and the kindergarten class at Solomon school.

Efren enjoyed watching his grandkids play sports. If you ever wanted to find Efren you knew to find him in his garage. He had some favorite saying like Get er’ done, te sales, right on, deveras, and seriously. He loved to listen to Mexican, country, and oldies music. Efren was a man that a lot of people looked up to, especially his children. Efren was also known as Big-E, Chile Man, and Dancing Bear. Efren was a member of Sons of the American Legion of Solomon Az.

He is proceeded into death by his father Mike Merino Sr, his brother Larry Chavez, his granddaughter Selena Hernandez, and great-granddaughter Analicia Hernandez.

A viewing for Efren will be held on Thursday, June 18, 2020, beginning at 5:00 p.m. at the New Life City Church with the Recitation of the Rosary starting at 7:00 p.m.  A second viewing will be held on Friday, June 19th at the McDougal’s Caldwell Funeral Chapel from 9:00 until 10:30 a.m. after which everyone is welcome to stay and watch the live Mass in our chapel, broadcasting live from St. Rose of Lima Church beginning at 11:00 a.m.