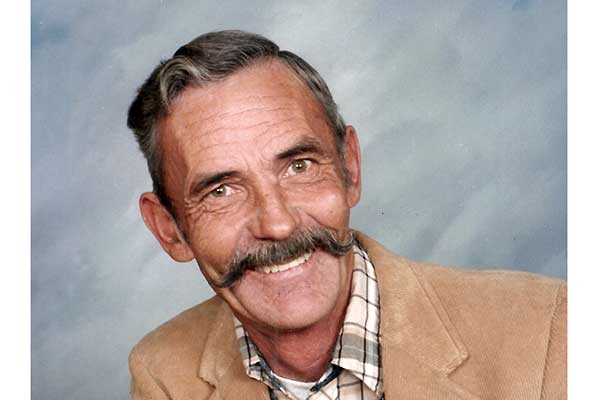 After graduation from high school in Fredericktown, MO in 1955, he joined the U.S. Navy and served from 1955 to 1959, serving part of his tour in Japan. He met Mary Ann Miller also of Fredericktown, MO at the local Dairy Queen in the summer of 1960. They dated about 6 weeks and were joined in marriage on August 20, 1960. Ed and Mary Ann were married for 47 ½ years before she passed away in 2008.

Their daughter, Tamara Sue Norwood was born on May 20, 1961 in Fredericktown, MO.  When Tammy was 6 weeks old they moved to Eminennce, MO where Ed worked as a driller for Boyles Brothers Drilling Company. They then moved to Ellington, MO where they lived until 1964.  In 1964 they moved their small family to Safford, AZ. During the next few years they moved around the state of Arizona, living in Tucson, Winkleman and Sunsites.  They then moved to California where their son Edward DWayne Elders was born on November 10, 1966 in Yucca Valley.  In April of 1967 they moved back to Arizona where they settled in Winkleman until 1969.  Then he decided to go back to work for Boyles Brothers Drilling and they moved to Thatcher, AZ and in August of 1978 they built a home on Stadium Avenue where they lived until Ed sold the home in 2014.

Even though they settled in Thatcher, Ed continued to travel to many places for his job.   In 1991 he retired from drilling and went to work for Phelps Dodge driving truck at the mine in Morenci. He retired from Phelps Dodge and then went to work driving semi-trucks. He loved driving truck and worked for quite a few different companies. He even drove bus for Eastern Arizona College taking the athletes to their various games. Ed continued to drive truck until Mary Ann’s health deteriorated and then he retired and stayed home to care for her.

Throughout his whole life, Ed supported those in need around him. He always helped out quietly, never wanting to make a big to-do about it. He had a wonderful sense of humor and had a habit of giving nicknames to those he loved.  He did enjoy flying as long as he was the pilot, so he worked to get his pilot’s license. He enjoyed taking friends and family flying. He hated it when his health declined, and he was unable to renew his license.

Some of the other hobbies Ed enjoyed were fishing, golfing, going to the casino, and watching baseball or football.  If there was a game on – you could usually find him watching it on TV.  He also liked to read.

He was preceded in death by his parents, his wife Mary Ann and his daughter Tamara Sue Norwood.

A Memorial service was held on Wednesday, April 4, 2018 at 11:00 a.m. at The Church of Jesus Christ of Latter-day Saints, Church Street Chapel in Thatcher.