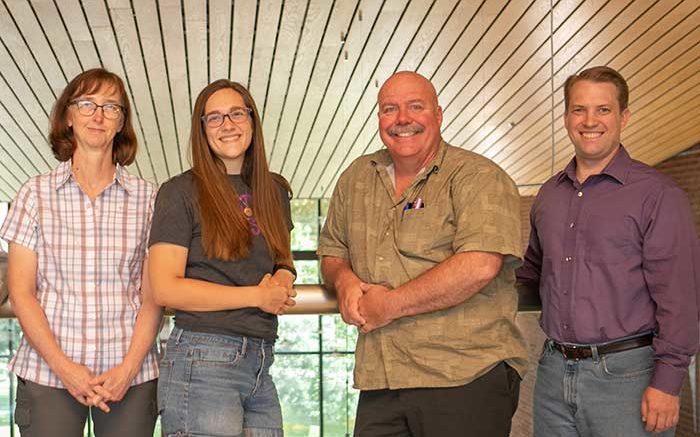 THATCHER, AZ—Eastern Arizona College is pleased to introduce several new faculty members and administrative staff to the College community this fall. “We worked diligently over the summer finding the most highly qualified individuals to be part of our team,” said EAC’s vice president of Academic Affairs, Jeanne Bryce. “And our hard work has paid off with this talented group of individuals!”

Mark Andreason comes to EAC with 29 years of experience in the Electrical and Instrumentation discipline. He has an AAS in Electrical Automation and Robotics Technology from Utah Valley University. Most recently he was employed as a diagnostic electrician for plant operations working with complex systems that involve medium voltage shovels and drills at Freeport McMoRan, in Safford. His experience extends to quality control engineering and commissioning and has taken him to the Republic of the Marshall Islands where he worked on a space fence project involving the most sophisticated radar system in the world and to northern Europe in Slupsk, Poland, where he worked on a nuclear missile defense project. Andreason is EM 385 certified in safety and has authored and taught advanced LOTOTO (Lockout – Tagout – Tryout) policies and procedures. Andreason has four years’ experience teaching in an apprenticeship program at Utah Valley University. “Mr. Andreason is well trained and proficient and students are sure to appreciate his fun and humor,” said Bryce.

Karen Preston comes to EAC from Greenwood, Arkansas, where she has been a high school physics and chemistry instructor at Greenwood High School for 18 years. “Her accomplishments and accolades are what caught the screening committee’s attention,” said Bryce. Although small and rural, the high school in Greenwood is one of the top ranked high schools in Arkansas. Preston attended Arizona State University and received a MSN in Physics, and she also earned a BS in Composite Science: Chemistry and Biology from University of the Ozarks in Clarksville, Arkansas. She is an AP physics test tutor for the Arkansas Advanced Initiative for Math and Science program. She coached a successful and award-winning Boosting Engineering Science and Technology (BEST) robotics program and was mentor for the newly formed Beta Club robotics team. Previous to teaching at Greenwood High School, Preston taught science in an alternative learning environment for at-risk students and she was director for education and staff development for Ouachita Wilderness Institute where she managed a team of academic teachers, designed curricula, performed all testing including placement and GED testing, and was chosen the outstanding staff member for heading one of the top academic programs in the company.

Aaron Westerfield comes to EAC from the NAU Office in Thatcher where he has been the student success coordinator for Community College Partnerships since July 2014. Westerfield has earned his M.Ed. in Educational Leadership and is working on his Ed.D. He also has received a Bachelor of Social Work from Olivet Nazarene University in Bourbonnais, Illinois. He is an expert counselor for undergraduate recruitment, transfer articulation, career guidance, and application assistance. He is proficient in behavioral health services providing clinical counseling; developing plans to address disability services; and coaching clients on coping skills, crisis management, and wellness. He excels in public speaking and facilitating trainings. Westerfield served in the US Army National Guard, as holding positions including human resource officer, platoon leader, and medical platoon leader.