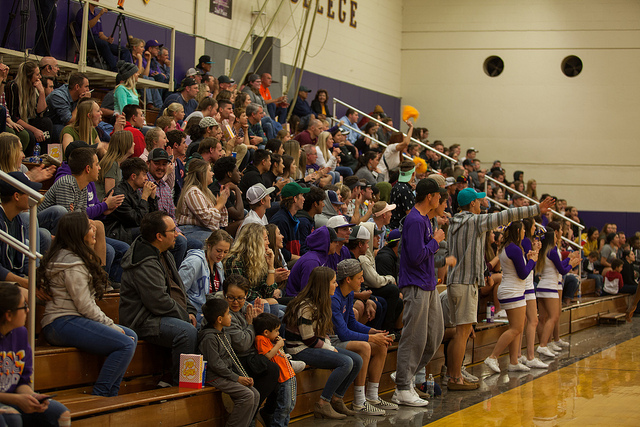 The third time was a charm for the Eastern Arizona College Men’s basketball team on Saturday night as they knocked off top ranked Cochise College 102-94 in double overtime to advance to the NJCAA Region 1 Championship game.

The Gila Monsters were 0-2 against the Apaches in the regular season but executed the game plan perfectly Saturday in Douglas. EAC lead by as many as 13 points in the 2nd half before Cochise came storming back to send it into overtime.

In the first OT neither team led by more than 3. EAC’s Amari Hale(Portland, OR) hit a 3 with 1.5 seconds left in the first overtime to send the game to the second.

In the 2nd overtime Eastern capitalized from the charity stripe. The Monsters hit 8 of 12 foul shots to outscore Cochise 8-2.

Eastern was lead in scoring by Nate Pollard(Richmond, VA) who had a huge double-double. He scored 37 points and pulled down a whopping 21 rebounds. Pollard was 16-17 at the foul line including 4-4 in 2OT. Amari Stafford(Portland, OR) added 21 points as well.

Eastern will travel to Yuma on Monday night to take on Arizona Western in the NJCAA Region 1 Championship. That game will be broadcast on KATO 1230 AM in the Gila Valley and can be heard online by clicking here.

EAC Men’s hoops last won the Region 1 championship in the 2007/2008 season when they finished 5th in the National Tournament.