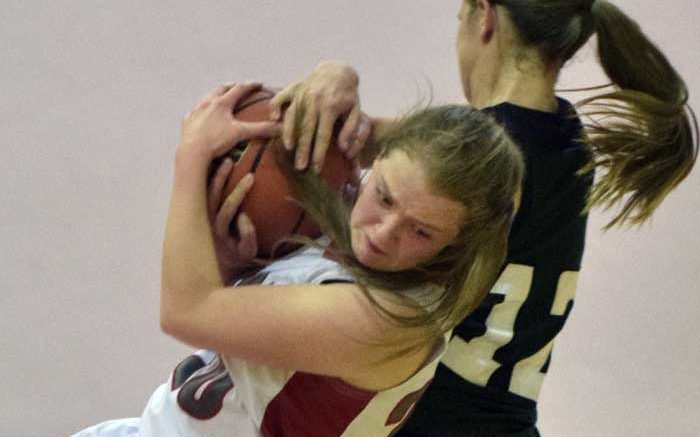 The home girls tied the score at 5-5 with 3:32 elapsed in the game, but never led. Their initial period scoring all came via the charity stripe. Duncan was 4-8 on fourth-period floor shots after totaling 4-29 through the first three periods.

On the other side of the court, Animas connected on 4-15 fourth-period floor shots following 13-36 through the first three periods. Animas also enjoyed a 40-28 rebounding advantage.

Duncan head coach Roy Corona said the departure of players who graduated last year and the lack of court time with the new incantation of his team contributed to the loss.

“I expected us to struggle,” Corona said.

On the night, Duncan made eight field goals (one 3-pointer) plus 10-15 free throws verses 18 (two 3-pointers) plus 4-10 from the line, respectively, for Animas.

Six different Wildkats attempted field goals but only one netted double-digit scoring. Senior Cassidy Waters tallied a game-high 19 points on 6-16 floor (one 3-pointer) plus 6-9 foul shots to go with 17 rebounds. Fellow class of 2017 teammates, Lindsey Lunt and Ashleigh Hernandez, totaled four and two points, respectively, and sophomores Delanie Claridge and Natalie Jensen had one point apiece. Juniors Britni Avant and Keeley Wagley, sophomore Katelin Stergion and freshman Kaktys Garcia did not score. Hernandez and Lunt both had four rebounds while Avant, Garcia and Claridge each had one.